Back Home Again in Indiana - A Lincoln View

We recently had a meeting of the Founding Fathers as Sir Dayvd of Oxfordshire traveled across the pond to grace us with his presence in the Founding City of Evansville, Indiana.  Much revelry, drinking and thinking was done and the decision made to once again refocus efforts on our noble blog and society of Knights and Ladies. 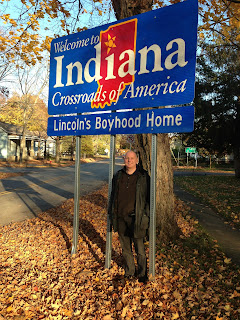 We will proceed with more in-depth posts here on this blog, as well as share interesting links, etc., on our Facebook Page.

Seeing how we have recently survived yet another political season, the timely release of Stephen Spielberg's film, "Lincoln", and the fact that we live within shooting distance of Lincoln's boyhood home, I thought it appropriate to use the above facts and analogy to reflect on what Lincoln means to our tenant of "Unity Through Diversity". 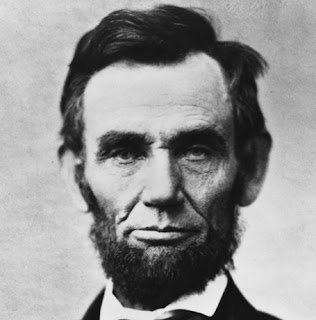 First, so that I'm not accused of being a liberal slacker...I am a registered Republican, NRA member and business owner (so called "job creator" in today's term of the day) who was raised in a very conservative Southern Baptist home.  It is through my own efforts of self-education and awareness that my views have come into conflict with much of what I was raised to believe...ie, Negro's are inferior, Southern Baptist's represent the true religion, Mormons are a cult, drinking is a sin, etc...

As I journey through life and expose myself to different ideas, ideology, theology and cultures, I have come to respect the unique strength that a blended society which is united by its diversity adds to the quality and enjoyment of my life.  Much like the superior Samurai sword is strengthened by the blending of steel to form one focused instrument of deadly intent.

I find it rather ironic, and sad, that this nation's first Republican President was the same man who saw the strength in unity through diversity, the nobility in the ideal that all men are created equal, and strove to preserve the Union of States with a strong Federal government...all in stark contrast to today's Tea Party backed Republicans as presented on Fox News.

Here are just a few events that have occurred since the re-election of the nation's first black President (which we still conveniently forget is ALSO HALF WHITE):
1.   Factions in the Southern States are presenting petitions to succeed from the Union.
2.  One man has killed himself because of President Obama's re-election.
3.  A wife who voted for Romney ran over her husband with a car because he voted for Obama.
4.  False commercials are already running claiming that Obama will hold onto power and proclaim a third term without an election.
5.  Romney claims that Obama won by giving gifts, in essence buying his election.

What the hell has happened to my Republican Party?!!!!

On this Thanksgiving Day, I give thanks that even crazy people still have the freedom of expression in this country and that the transfer of power still happens peacefully, unlike many other countries.  It's time to embrace our diversity and unify to once again become the strong, resilient nation that Lincoln strove to build.

There is nothing "civil" in civil war, whether it is fought by force or by words.  It's time to quit acting like spoiled children who don't get their way and play nice in the playground of life.  Let's get something done this time!

As I tweeted earlier today, a quote by Martin Luther King Jr., "We all may have arrived here on different ships, but we're all in the same boat now!"