Seven Score and Seven Years Ago: The Gettysburg Address, Lesson for A Nation in Peril 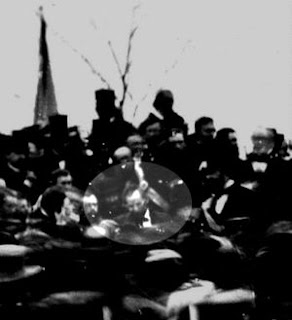 On this day Seven Score and Seven Years Ago, our Forefather, Abraham Lincoln, delivered one of the most important speeches by an American President in our entire history.


The heavy lessons in this brief and eloquent speech still ring true today.  Perhaps we should endeavor to embrace Unity through Diversity as those who heard this speech in person where challenged to do.  There's no South, North, Tea Party, Palin, Obama, Liberal, Conservative...there's only the common pursuit of happiness and liberty. 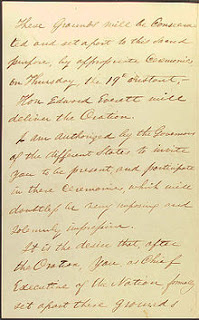 Therefore, I challenge you as you read and meditate on this living document, where do you stand today?

Posted by dkWells No comments:

Did the Ancient Israelites Drink Beer? 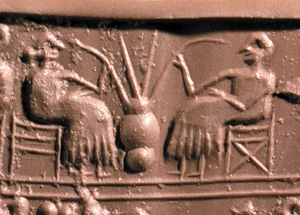 Okay, all you Knights and those curious others, here's a link to an article of keen interest.

The question: Did the Ancient Israelites Drink Beer? Well, did they? Read the article from Biblical Archeological Review to find out!

Sir John of the Rangeline
Posted by dkWells 4 comments:

Email ThisBlogThis!Share to TwitterShare to FacebookShare to Pinterest
Labels: Ancient Israel, Beer, The Bible and Beer

I Want Brew: Remember Those Who Served When Your Served 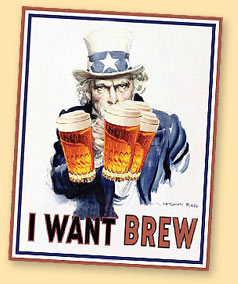 Today is an official Fest Day for the Knights of Creation Spirit & Ale...Remembrance Day!  Known better in the States now as Veterans Day, and originally named for the event it commemorates, the beginning of the end of the War to end all Wars (impossibly hopeful and naive)...Armistice Day.  Learn More About Armistice Day

This errant Knight will be remembering those who served when I'm served a free Pint at Old Chicago during their "I Want Brew" promotion for veterans.

Armistice Day saw the legal end to World War I on November 11, 1918.  Two soldiers from opposing sides crawled out of their trenches on that memorable day...my Grandfather, Private John T Baker...and Corporal Adolf Hitler.  John T would return home to marry Edna and guarantee that I would see the light of day.  Adolph returned to Germany to sow the seeds for the next great war. 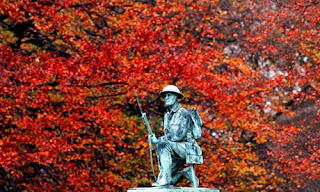 The UK has already observed this day several hours ago, when they traditionally mark the event with a moment of silence at precisely 11 a.m.  Their sacrifice was particularly painful in losing almost a whole generation of young men during the war. Read More About "Britain Goes Silent."

So, wherever you are this memorable day at 11 a.m.  Take a moment to thank those who served their countries in the ultimate way.