It seems that each week the need for diversity to save humanity becomes a stronger thread in the world's dialogue.  I have been contemplating writing about Cruz coming out for President, and then Pence trumps him with a stunning trip to the dark ages.  Being an Indiana resident, albeit liberal yet still trying to see hope in my Republican Party (thinking Independent in 2016), I long for a strong moderate voice in this Wilderness of Doom.  I want this country to grow, not decay.  Therefore, giving credit to Ted Cruz for his filibuster idea, I give you the story of.....

Sir Hook "The Disgusted" of Warrick 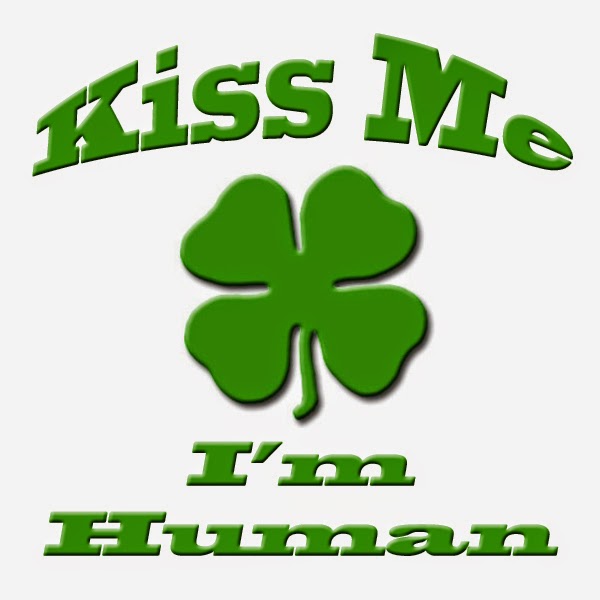 Obviously, today is Saint Patrick's Day.  A day when everyone wishes to be Irish.  It's easy, just put on some green, where a leprechaun hat, and drink till you sound like one.

Funny, I remember as a kid, being raised in a non-alcohol - WASP home, the deep desire to know what it would be like to be Irish.  I ended up marrying a second generation New York Irish lass, who showed me the ins and outs, as well as the ups and downs, of being raised in an Irish Catholic home.

Then came my need to find roots in my family ancestral records.  I even did a DNA test, and low and behold what did I discover?  I'm freakin' Irish!  Not much, mind ya, but enough to wear the "kiss me pin" without shame, or being named Seamus.

Here's how the story goes (without getting into which sea creature or monkey I came from, but as far as human records can go):

My oldest blood roots are Roman, Scandinavian, Germanic, and Cherokee.  The Romans married into the Germans and became Franks...the Germans and the Britons married becoming Anglo/Saxon...the Vikings settled in Scotland and Ireland blending with the locals to become Scots and Irish...the Vikings at the same time mingled with the Franks and became Normans...the Normans marry the Anglo/Saxons and become English.  The Cherokee remained untouched.

My family story is probably similar to a lot of peoples stories.  We stand against immigration, being immigrants ourselves.  We loath peoples religions and different beliefs, not aware our ancestors once shared those same thoughts we hate today.  We call ourselves American...but really we're just mutts!  Same with the English, the French, the German's...and so the human story rolls...we're all just a messy pile of humanity.

So today I raise a glass and proudly exclaim, "KISS ME...I'M HUMAN!"

And Now For Something Completely Different!


It's crazy how when you have something good going and you ignore it, it simply slips away.  This can be said for business, relationships, families, etc.  It certainly can be said for the Knights and Ladies of our Realm...specifically me, Sir Hook of Warrick "Founding Father".

Above you will see the fruits of that labor, a labor of love and devotion to our noble cause.  It seems the longer the world spins out of control a voice of reason from the desert is needed.  A voice that knows no boundaries to imagination, nor recognizes any limitations to the human spirit.  A voice that screams, "Unity through Diversity"!  A person of merit who personifies the attributes of "Think...Drink...Create...and BE MERRY...damn it!"

Having decided that using the term creation instead of creativity could violate one of our core principals, we have now become the Knights of Creativity Spirit and Ale.  Better yet, now is the time to unite through our diverse backgrounds and geographic locations to become a Nation of Knights...KnightsNation!

Thus, we have "hooked" (no pun, ok, pun intended) our blogs into one, and have made it part of the KnightsNation web site.  Hell, we even have a web store to buy our logo goods.  That site is what you see a picture of above, as well as the link to it for you to visit.

As you will see, we plan on being able to feature our membership's work and to continue to blog regularly.  The web site is also mobile friendly and we will post our blogs on our new Facebook page as well.  Here is that link.  (Please like our Facebook Page)

So, Knights and Ladies, to horse...to war...for the KCSA nation!

Cheers!
Sir Hook "the not so idle anymore" of Warrick
Posted by dkWells 1 comment: