Which got me wondering who drinks Heineken anymore...

Which reminded me of an old marketing book I read years ago, The 22 Immutable Laws of Marketing by Al Ries and Jack Trout…

Which reminded me of a quiz…

Who was the first person to fly the solo? Charles Lindbergh, right?

Who was the second?

(Pardon me, but this blog is going to fly all over the place).

It’s true that many people believe that the surest way to success is to market (convince their prospects) that their product or service as the “best.” But is “best” best?

A basic law in marketing is creating a category that you can be FIRST in. It’s the Law of Leadership. More times than not, it’s better to be first than it is to be better. Why? It’s much easier to get into the mind first than to try to convince someone you have a better product than the one that did get there first.

Which leads me back to those Heinekens...

After World War II, Heineken was the first imported beer to make a name for itself in the . As a result, for decades after it remained the number one imported beer. Was it the best tasting of the hundreds and hundreds of brands imported into ? Doubtful!

Though Heineken is still high on the list, it might not surprise you to know that now reigns as the #1 Imported Beer in the . Why? Take a look at marketing and merchandising vs. Heineken. What’s the perception of drinking a ? It takes you away to a better place – a lazy beach. 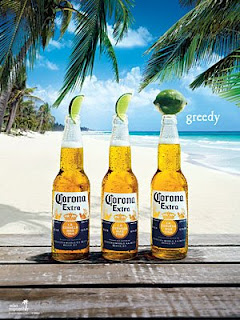 Which reminds me of the old Monty Python joke: “American beer is like making love in a canoe: Two (too) F’ing close to water.”

Which doesn’t remind me at all of anything, but I figure that I better wind this up.

Which leads me to Bert Hinkler. He was the second person to fly the solo. (a better pilot than “Lucky Lindy” – he flew faster and consumed less fuel).

Which reminds me of the third person to fly the Atlantic solo (which I bet you know).

It’s Amelia Earhart! We remember her because she was the first in her own category.

All just something to think about the next time you order a beer.

(After squandering your precious time reading this blog, don’t you just want to strangle the guy who put those Heinekens in the refrigerator?)