Enthology: Enlarging Hearts and Minds in an Ever Shrinking World 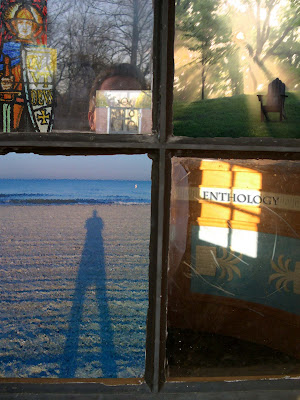 Over the course of the past five years I have been engaged in what some would call "Enlarging My Territory".  Not so much in the material sense, but more in spiritual and mental matters and through my relationships.
I came up with a phrase, my mantra really, about three years ago..."Endeavor to Engage".  It's a philosophy for me to improve and expand upon what I was yesterday and dare to be today. It's becoming a road map to an even more interesting tomorrow!
The House of Warrick and the House of Greenbriar are planning a trip this July to England, part of which is to hold the Council of Oxford, the first reunion of the Knights of Moleskine, Spirit and Ale Founding Father's from both sides of the pond.
In planning the trip, Sir Davyd of Oxfordshire shared with me of how he has grown to appreciate even more where he lives and his Island by helping us decide where and what to do.  I shared with him that we have discussed what we would want to show him if he came to visit here, and through doing so we have come to the same realization.  That's when, as if the words where put into my head instantly, that I responded with, "I love enlarging my heart and mind in an ever shrinking world!"
The light bulb went off, everything aligned and I gave birth to a new philosophy that I call "Enthology".  Enthology encompasses all that we have been, all that we are and all that we dare to be.  Enthology pushes you to endeavor to engage, and through that encounter, to enlarge your heart and mind.
It's not a religion, though religion can be part of it.  I prefer to think of Enthology as the blending of the spiritual and physical worlds, and a catalyst for the ultimate goal of achieving Unity through Diversity. 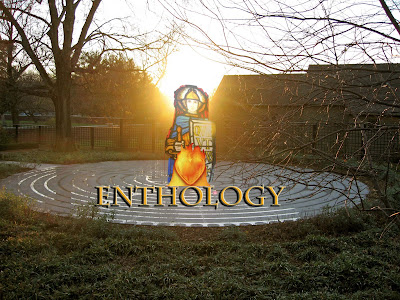 So there you have it...the Five Pillars of Enthology:  Endeavor, Encounter, Engage, Encompass and Enlarge. 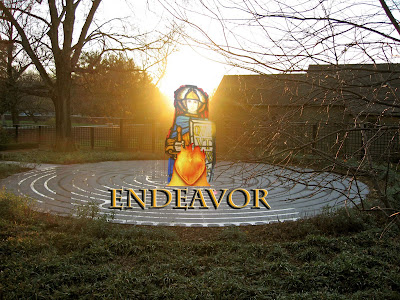 The ability to Endeavor starts the whole process.  This "Power Word" first drew my attention when spoken by Chief Dan George in the Clint Eastwood movie, Outlaw Jose Wales, when he was asked how he handles adversity, he answered, "Endeavor to Persevere!"  That phrase along with his, "It's a good day to die!" began to shape me from my late teens to who I am today.
Without the effort, the ability to endeavor, to "go where no man has gone before", you remain stagnant, small and inferior. 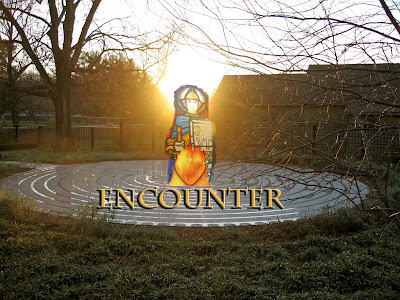 In my early days I would have gone straight to Engage; however, Engagement without the Encounter is sometimes too aggressive.  "Endeavor to Engage" in the hands of an enthusiastic novice can lead to all sorts of misunderstandings and problems.  That is when I realized that you need to Encounter, to soak in what makes someone or something tick before you Engage. In essence, do your research, learn, appreciate and then Engage.
Encountering involves all the senses: sight, smell, taste, hearing and the ability to feel the spiritual current that surrounds what you are about to Engage.  Encounter is the Fore-Play to Engagement. 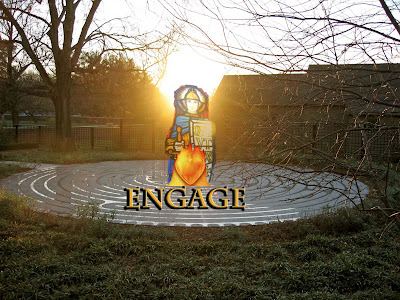 Engage!  I loved to hear Patrick Stewart issue that command from the bridge of the Enterprise as Captain Picard.  Engage is probably my favorite thing to do.  But fair warning, to Engage without the self discipline to Endeavor and to Encounter is a mistake.  Engage by itself became the policy of the Iraq war.  Only now are we trying to Encounter who we Engaged.
Endeavor, Encounter and Engage are the tripod upon which to build a new and better you.  It's the foundation upon which to build your personal Enthology.  It is what lead me and Sir Dayvd to Think, Drink and Be Merry as strangers in a bar in Pennsylvania and leave as friends with a bigger and better vision for the Knights of Moleskine, Spirit and Ale. 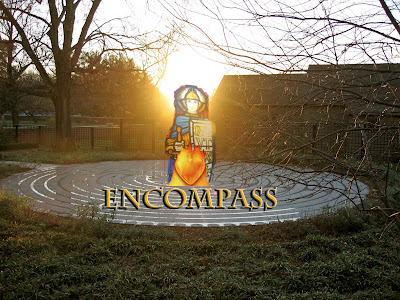 Again, in my younger days I would have stopped after being engaged.  Sure, I would recall the magic while celebrating with friends over a beer or too, or perhaps journal about it to lay unread for years.  Worst yet, only apply its lessons when convenient.
It is only recently that I have learned how to apply what I've learned or gained through my Endeavor to Encounter and Engage.  I call that phase Encompass.
Now, here's the danger involved in learning how to Encompass.  You can literally drown yourself in a sea of thought and dogma.  The danger of this happening is obvious when one Encompasses without Encountering and Engaging, flying from one religion to the next, from one way of living to another.  However, when you are grounded and centered in your belief system, then you are free to Encompass other belief systems without the fear of losing yourself and actually Enlarge yourself in the process.
Speaking in religious terms, I choose to center myself in the Catholic-Christian tradition; however, I Encompass around that center the beliefs and teaching of other spiritual teachings like Buddha, Hindu, Islam.  This begins the journey of discovering true Unity through Diversity. Finding the common thread that ties all thought, all life together. 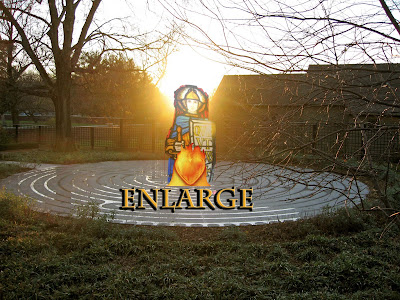 Finally, we arrive at the "fifth pillar" of Enthology...Enlargement.  By spending the energy to Endeavor, deploying the senses to Encounter, being brave enough to Engage, and humble and open enough to Encompass, you can not help but Enlarge your heart, your mind, your very soul through the experience!
Once you achieve the "fifth pillar" of Enlargement, you begin to plant the seeds to the true fruit of Enthology...Enlightenment.
I humbly share this old, yet new way of looking at this natural process of life.  I trust that you too can find wisdom and happiness through the pillars of Enthology.
May you find peace and joy as you enlarge your heart and mind in an ever shrinking world!
Sir Hook the Founder of Enthology of Warrick