The Hooky Natural Selection Playoff Poll was fully tested by one of the best Super Bowl performances in history.

In the end, classic Cardinal Girl came up short when raunchy Steeler Girl brought the backyard game into play during the final seconds.

Having picked the Cardinals to make it to the big game, the Hooky Natural Selection Playoff Poll was accurate enough to give it a second chance for next year's season, as well as for the March Madness Final Four and this year's World Series. 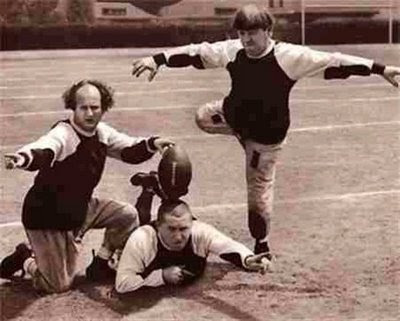