Right after answering “Two” to the question, “How many of each animal did Moses take on the Ark with him?” I went on to prove my brilliance by answering the question, “Does England have a 4th of July?”

Fortunately, I wasn't the only kid ridiculed by the nuns that day. Of course, the nuns could never answer the question, “Who left the copy of the pornographic magazine on our convent steps?” (Not me, but I was with who did it. Okay, I guess that makes me a little guilty, too). 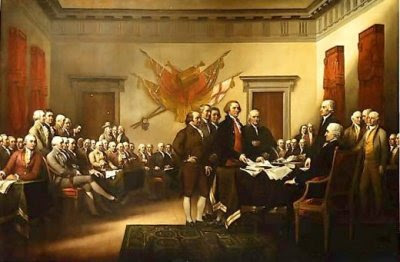 In Philadelphia, Pennsylvania, the Continental Congress adopts the Declaration of Independence, which proclaims the independence of the United States of America from Great Britain and its king. The declaration came 442 days after the first volleys of the American Revolution were fired at Lexington and Concord in Massachusetts and marked an ideological expansion of the conflict that would eventually encourage France's intervention on behalf of the Patriots.

History lessons that most of us have forgotten:

Stamp Act, a taxation measure to raise revenues for a standing British army in America. Under the banner of "no taxation without representation," colonists convened the Stamp Act Congress in October 1765 to vocalize their opposition to the tax.

The Tea Act in 1773. Many colonists viewed the act as another example of taxation tyranny. In response, militant Patriots in Massachusetts organized the "Boston Tea Party," which saw British tea valued at some 18,000 pounds dumped into Boston Harbor.

Followed by a few other Acts that pissed off the colonists.

On April 19, 1775, the British regulars encountered a group of American militiamen at Lexington, and the first shots of the American Revolution were fired.

In January 1776, Thomas Paine published Common Sense, an influential political pamphlet that convincingly argued for American independence and sold more than 500,000 copies in a few months.

In the spring of 1776, support for independence swept the colonies, the Continental Congress called for states to form their own governments, and a five-man committee was assigned to draft a declaration. The rest is, of course, history.

During the fever of the American Bicentennial, the great American author Eric Sloane took a look at what he called "The Spirits of '76” – a summary of his observations of the original spirits that built early America – Spirits that are in many ways missing today. 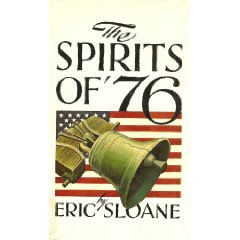 It's a short book well worth finding and reading. Here are the 10 Spirits that Sloane examines:


The Spirit of Respect (for Country)

The Spirit of Hard Work

The Spirit of Frugality

The Spirit of Thankfulness

The Spirit of Pioneering

The Spirit of Godliness

The Spirit of Agronomy

The Spirit of Time

The Spirit of Independence

The Spirit of Awareness


Sloane concluded with one more short chapter (at the suggestion of his secretary):

The Spirit of Hope 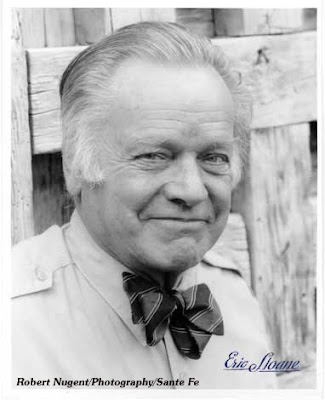 “Perhaps the pollution of affluence, congestion, automation, money, and lack of purpose, which has in two hundred years managed to foul up the national machine, needs a new filter.... I am convinced that the spiritual pollution, which has changed so thoroughly moral a nation, is not as strong as the powerful spirit it was born with; that in living Today, we can dream for tomorrow and learn from Yesterday.”


Sir Bowie "that theme of past, present, future comes up again" of Greenbriar

P.S. So, how many of each animal did Moses take on the Ark?