Part 2 of Don't Judge: An Excellent Day in Frome, Somerset

Sir Bowie shared an excellent post two days ago, of which I promised to add a little more to the story. As I stated in the comments, I actually didn't meet my relatives until the Lamb and Fountain, while everyone else had already left the building and I had no camera to document the historic meeting. I guess it will have to be like an Elvis sighting...it really did happen for me! 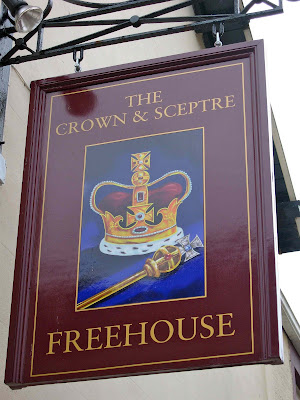 As stated in the earlier post, we began my ancestral search after spending the day in the village of Wells, in the hills and back streets of Frome, far off the beaten pilgrim path and into the heart of local country. It was there that we found the two haunting grounds of the Wells Clan. First the Crown and Scepter! Our as some locals who are too scared to visit and not diversified enough to not judge...the Crown and Sceptic. 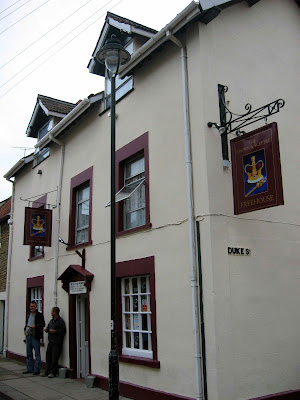 We were told by Paul of Beckington at the Woolpack Inn, that this is the favorite haunt of the Wells Clan. My travel companions it appears did not share the same enthusiasm as I did upon entering. 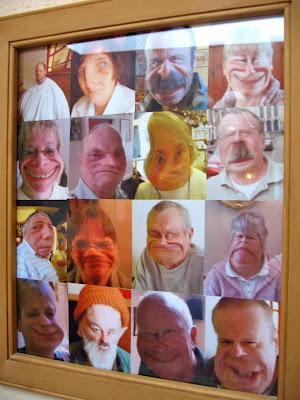 Besides, when you walk in and see distorted portraits of the patrons hung all over the wall...how bad a place can it be! Being secure in my surname, my drinking and survival skills and my warrior way...I quickly announced that I was a Wells who has come to drink on my ancestral grounds! 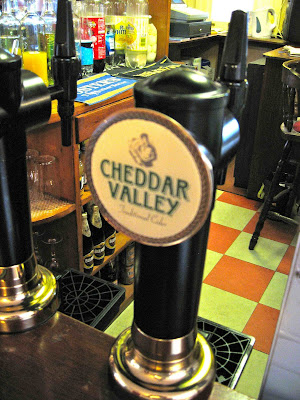 One of the other reasons for the visit was to find the Holy Grail of Scrumpy Somerset Cider..."Cheddar Valley"! We were warned about this "knock out punch" by Jane, the owner of the laundromat in Stratford Upon Avon. She said it almost nearly ruined her last holiday after only 2 pints! 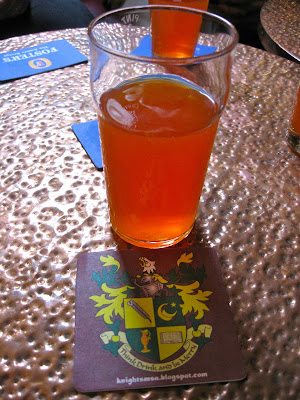 The Crown and Scepter was the only Pub we visited in Somerset who had this "Witches of Wooky Hole" Brew on tap. I was not disappointed. Besides...after a couple of pints we began to look like everyone else in the Pub! 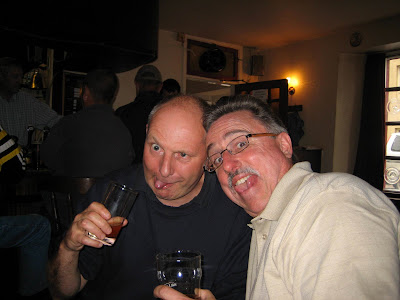 As evidenced by this photo taken by Lady Allwinky of me and Sir Dayvd inside these hallowed halls! 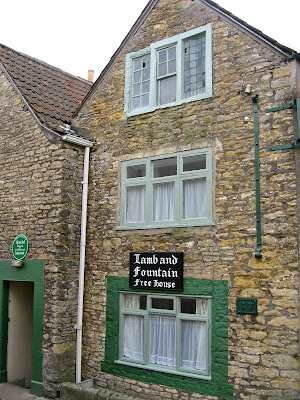 It was on up the hill to the Lamb and Fountain, which Sir Bowie so eloquently wrote about. It appears that the locals in these parts, and particularly the Wells', like to go up and down the hill between these two Pubs until they can't walk anymore! 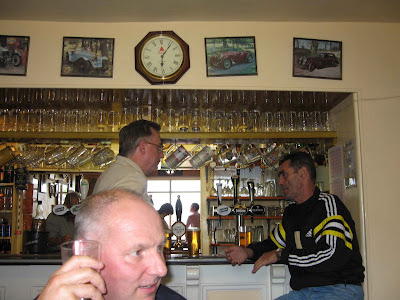 Shortly after we arrived we were quickly followed by a couple of guys from the former Pub. Here I am endeavoring to engage with "Mick", Michael Patrick Caventor, who began to tell me the history of the Pubs, the finer points of Scrumpy Cider and who wanted to show us the Pub games on the other side of the bar. 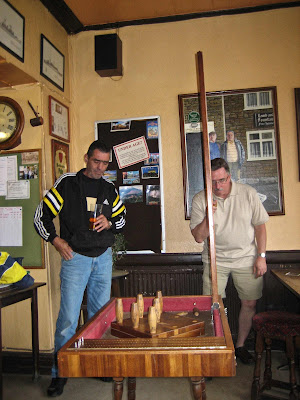 Here is my shot at the Table Skittles. Mick showed me how to play after defeating Sir Bowie. I then played Sir Bowie, who beat me. 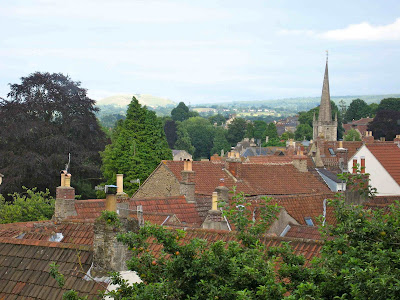 I can never tire of the view from the back of the Pub out of the huge picture window of the beautiful village of Frome and the Somerset hills! 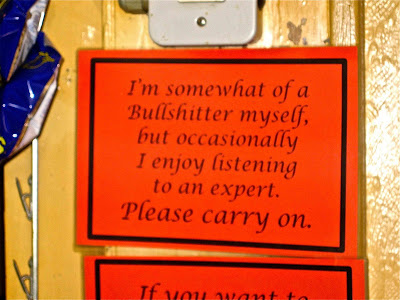 We felt quite at home, lovely I dare say! I also enjoyed the little postings on the wall like the one above...so of course I carried on! 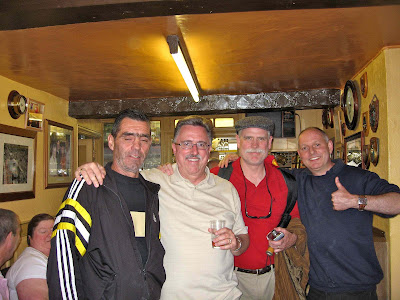 This was the last shot taken inside the Lamb and Fountain of the Founding Father's with Sir Mick. Just a few seconds later John Wells came into the room and we shook hands as brothers across the pond! The perfect ending to a perfect Pub Crawl in Frome!

P.S. Welcome Lamb and Fountain and Crown and Scepter to our list of "Sacred Watering Holes"!