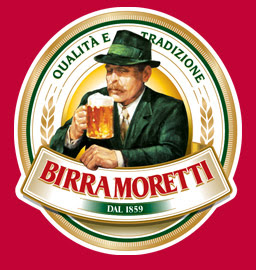 Sometimes we have an experience so powerful that it motivates us to change our entire lives – an epiphany. This is not one of those stories. But, I did have an epiphany of sorts while drinking a class of Birra Moretti (Italian) the other night: “I wonder how much beer I lose in my mustache?”

Which lead me to this interesting story from Reuters: According to beer brewer Guinness, mustaches are wasting nearly a half-million pounds of its stout a year.

The company issued a statement saying that a genuine mustache has been proven to contribute to significant Guinness wasting, as a result of inter-fiber retention at every sip, according to Reuters.

Guinness estimates that each pint is raised 10 times, and each time, 0.56 ml is absorbed into the mustache. This process, for me, has been going on for nearly three decades! To put my mustaches and its related costs in perspective, I'm losing approximately $19 a year. For those of you with a full beard, you could be setback as much as $37 in lost beer per year (although Guinness' research did show that the amount varies according to the thickness of the facial hair).

Now, I guess that I could shave off my mustache (though it might freak out my two daughters who have never seen me without one), but wouldn't I be doing my mustache a great disfavor. Think about it, don't mustaches have the right to drink and be merry?. Mine does!

P.S. Many people think that to “wet your whistle” means taking a drink of beer. But, according to many sources I've read, many years ago in England, pub frequenters had a whistle baked into the rim of their cups. When they needed a refill, they used the whistle to get some service. Perhaps that's where the refrain “Blow it out your ear!” came from?