Sit at any bar in the U.S. (and perhaps around the world) and you're likely to hear conversations about relationships, politics, religion, and more recently the economy. 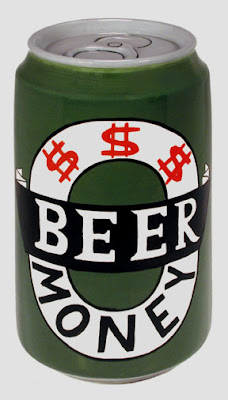 According to the study, the beer industry directly employs more than one million people, paying $28 billion in wages. Beer sales help support roughly 888,000 retail jobs, including those at supermarkets, convenience stores, restaurants, bars, stadiums, and other outlets and generate more than $25 billion in economic activity in agriculture and manufacturing sectors.

"These numbers demonstrate that our industry is essential to several sectors of the U.S. economy, particularly as the nation struggles to regain its footing in this uncertain climate," said Jeff Becker, president of the Beer Institute. "For this reason, it is important that state and federal officials consider equitable tax policies that do not unduly harm an industry that provides so many domestic jobs and so much economic growth."

So, there you have it good Sirs and Ladies -- drink up and continue to stimulate the U.S. Economy.