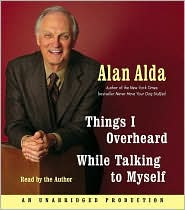 The great Alan Alda (M*A*S*H fame) wrote an excellent book titled "Things I Overheard While Talking to Myself."

This post has nothing to do with that book.

However, here are a few things I overhead this weekend while talking to myself at the Sunday service at the Unitarian Universalist Church of Evansville:

The theme was Justice Sunday 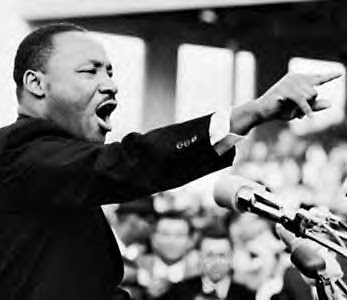 Dr. Martin Luther King spoke to the fatigued the week after the Selma March in a message titled "Our God is Marching On. "We have walked through desolate valleys and across the trying hills. We have walked on meandering highways and rested our bodies on rocky byways. Some of our faces are burned from the outpourings of the sweltering sun. Some have literally slept in the mud. We have been drenched by the rains.

Our bodies are tired and our feet are somewhat sore. But today as I stand before you and think back over that great march, I can say, as Sister Pollard said—a seventy-year-old Negro woman who lived in this community during the bus boycott—and one day, she was asked while walking if she didn’t want to ride. And when she answered, "No," the person said, "Well, aren’t you tired?" And with her ungrammatical profundity, she said, "My feets is tired, but my soul is rested." And in a real sense this afternoon, we can say that our feet are tired, but our souls are rested."

"All men are caught in an inescapable network of mutuality."

"In any nonviolent campaign there are four basic steps: collection of the facts to determine whether injustices exist; negotiation; self purification; and direct action."

The service also mentioned something called the Universal Declaration of Human Rights.

On 10 December 1948, the General Assembly of the United Nations adopted and proclaimed the Universal Declaration of Human Rights. 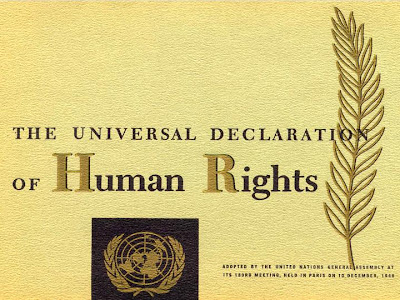 I won't write all 30 articles here, but here is the proverbial Reader's Digest version:

Whereas recognition of the inherent dignity and of the equal and inalienable rights of all members of the human family is the foundation of freedom, justice and peace in the world,

Whereas disregard and contempt for human rights have resulted in barbarous acts which have outraged the conscience of mankind, and the advent of a world in which human beings shall enjoy freedom of speech and belief and freedom from fear and want has been proclaimed as the highest aspiration of the common people,

Whereas it is essential, if man is not to be compelled to have recourse, as a last resort, to rebellion against tyranny and oppression, that human rights should be protected by the rule of law,

Whereas it is essential to promote the development of friendly relations between nations,

Now, Therefore THE GENERAL ASSEMBLY proclaims THIS UNIVERSAL DECLARATION OF HUMAN RIGHTS as a common standard of achievement for all peoples and all nations...

* All human beings are born free and equal in dignity and rights.They are endowed with reason and conscience and should act towards one another in a spirit of brotherhood.

* Everyone is entitled to all the rights and freedoms set forth in this Declaration, without distinction of any kind, such as race, colour, sex, language, religion, political or other opinion, national or social origin, property, birth or other status. Furthermore, no distinction shall be made on the basis of the political, jurisdictional or international status of the country or territory to which a person belongs, whether it be independent, trust, non-self-governing or under any other limitation of sovereignty.

* Everyone has the right to life, liberty and security of person.

(For the complete text, go to: http://www.un.org/Overview/rights.html)

And finally, here are a couple of quotes that jumped out at me:

"A poem begins as a lump in the throat (a sense of wrong, a homesickness, a lovesickness)."
Robert Frost

"Friends are like pockets... you can never have too many of them"