Dog of a beer?

Okay, I admit it! (And it has been documented here as well) I grew up a big fan of Pabst Blue Ribbon Beer. Considered to be nasty, cheap, red-neck (did I mention cheap and nasty?), I still enjoy an occasional PBR -- though I have to wear a mask so not be recognized. 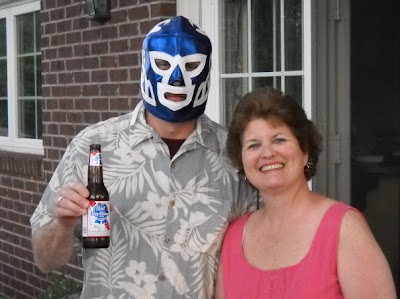 Sir Bowie and Lady Suzanne at a recent "Mexican Theme" party (photo courtesy of Sir Cock of the Walk).

Yes, many people see Pabst as one ugly dog of a beer. Those people didn't realize how right they were... sort of.

This from the Associate Press
PETALUMA, Calif.

A prominent under-bite, scrunched face and floppy ears are the hallmarks of a winner. The winner of the World's Ugliest Dog contest, that is. Pabst, a boxer-mix rescued from a shelter by Miles Egstad of Citrus Heights, Calif., won the annual contest on Friday at the Sonoma-Marin Fair in Northern California. It was an upset victory for Pabst, who beat former champion Rascal, a pedigree Chinese Crested. Pabst's owner took home $1,600 in prize money, pet supplies and a modeling contract with House of Dog. Miss Ellie, a blind 15-year-old Chinese Crested Hairless, won the pedigree category. Pabst, a toothy Boxer mixed-breed stole the show at Friday’s World’s Ugliest Dog Contest at the Marin-Sonoma Fair, defeating a former world champion Chinese crested named Rascal to take first place. The former shelter dog fetched $1,600 in prize money, a modeling contract and a table-full of collars, leashes and toys, KTVU-TV reported. Pabst’s victory was an upset of sorts. The awkward-appearing Chinese crested breed has dominated the contest for over seven years, and represented over half of this year’s entries. His owner, Miles Egstad, said he named his dog for his “bitter beer face.” 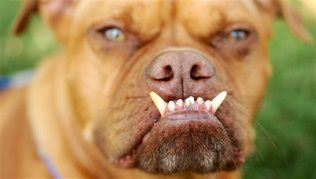 I personally think the little guy is cute. But, then again, I also drink Pabst from time to time.