In the Midst of Life we are in Death

Not the jolliest statement to start a KMSA Blog....but having just lost the fourth good friend , in a month to cancer, I, to put one of my humorous spins on it, am beginning to feel like the nerd in the line who isn't being picked for the rugby team, as they all go off to answer the Last Big Question.

This particular friend was Steven Wells, who became well known in the UK. in the nineties, as one of the influential Gonzo Journalists / music writers on the New Musical Express, and along with that other Swindon , near Oxford born writer Everett True, was an acerbic influence on my writing life and all things Rock related.

In later life he took the leap and went to the States and wrote a column for the Philadelphia Weekly, and it was there on 23 rd June 2009, he left us to it...

So to crave the KMSA's indulgence, I have put in below the last column he wrote for the PW on 14th of June 2009... and doff my visor to a fellow Scholar Gypsy, and know that eating a Cheese steak on South St Philly without him...won't be quite the same again.

Why is it that the people with the most profound stuff to say are also those who are the least capable of being able to express that profundity?

I am talking about us. The mutoids. The abyss starers. The already organ-bagged cancer boys. While we are in some mere state of deterioration, our ability to comment is still possible. It might even be occasionally interesting. Certainly every writer who has ever contracted cancer has thought so. We can make cancer jokes. Existentialist jokes, even. The world is ours!

But then as one nudges closer to the edge, in the eye of the tiger storm (Tiger Storm, quite possibly the worst line and the best band name ever written), one is more inclined to shit oneself (literally and figuratively) than to throw shit at the system. Which is wrong and weak and lazy but kind of understandable. As is my wife’s fury this morning upon her discovery that a pair of pre-adolescent oiks destroyed a 95 percent-completed jigsaw puzzle (of cats) in the family waiting room. Even as her own dear husband was having his savagely jigsawed abdomen dressed in a hospital room but two doors away.

But life isn’t that banal or that stupid. Life isn’t about grit and grime and squalor. Life is getting angry at destroyed cat jigsaws. Life is the amazement at seeing the Vanity Fair title erupt as a scarlet mohawk-cum-quiff across a dainty Johnny Depp’s forehead, and the drooling anticipation of watching a Brian McManus-recommended terror-comedy on my computer later tonight. And of course the sight of tireless, tie-less and tire-burning liberal rioters taking to the streets of Tehran.

I speak as someone whose greatest craving at this exact moment is not world peace and universal democracy or a rational and global redistribution of wealth, but a can of ice cold ginger ale.

And of course all this bollocks is written by an idiot who has polished his image as an existentialist, atheist hard-man and anti-mope, forever sneering at the tribes who wallow in self-pity -- the gothers, the emo kids, the Smiths fans -- the whole 900-block-wide marching band composed entirely of the white male urban middle classes who are convinced that (as the most affluent and pampered human beings who have ever walked the planet) theirs is a story worth hearing. Blissfully unaware that they are but a few generations away from regular visits to the doctor who would wind parasitic worms from their beer bloated assholes using sticks. (Check out the AMA logos, those smiling beasts are not snakes.)

You could blame this fallacy on poor education, cultural deterioration, or simple moral decline.

Sir Dayvd of Oxfordshire...who by the time this is posted , at the weekend will have left the 21st Cent, and anything with a plug, a charger, and electricity far behind... and will be taking himself and just his Soul to the Healing Field at Glastonbury, before getting his mind blown watching Bruce Springsteen, Neil Young, Blur and Crosby Stills and Nash .. ( one more day to work wooohoo ) 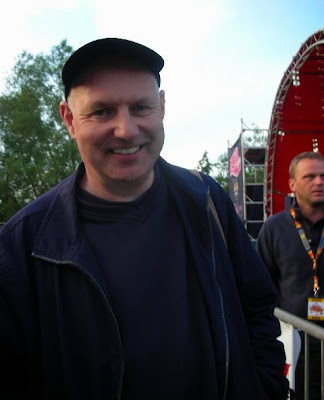