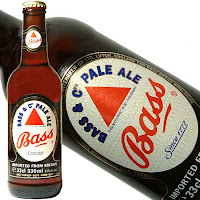 Part of the fun of this "Beer Discovery Journey" I'm on is discovering new masterpieces in art.
I love beer label and beer advertising artwork: Logos, fonts, graphics, positioning lines...

I was searching useless beer facts today and noticed a fact about one of my all-time favorite beers: When Britain enacted its trademark registration statute in 1876, beer was first and second in line: Bass’s Red Triangle became U.K. Reg. 1 for pale ale, and its Red Diamond for strong ale became U.K. Reg. 2.

By the way, America’s oldest brewer, Yuengling, Co., established in 1829, has been selling beer (branded Yuengling®) longer than any other company in America. 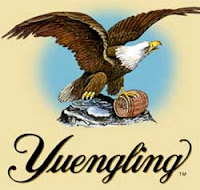 So, the next time you hoist a cold brew, take a moment to really look at the label and remember the important role beer has played in trademark history.