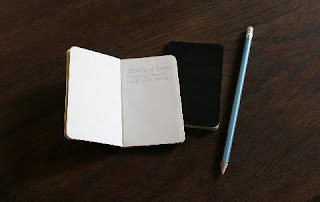 Speaking as someone whose grasshopper mind has racing colors, I am always looking out for ways to slow it down, to sharpen and to improve it. Meditation, even ten minute meditation and emptying my mind proved as fruitless as bailing out a leaky skiff. How about a Novel? too long, Essay? too much research, no time. TV? I said improve my mind.

Then I recently discovered Haiku, Japanese three - lined poetry, the paring of thought into as few words as possible, making a verbal snapshot that connects the self to nature and the world. The original Japanese form demands just a restrictive 17 syllables, written as 5 in the first line, 7 in the second and 5 in the third, which is fine in Japanese, but the English language structure is different, infinitely more supple and bursts to wriggle free to fully express "The Void of the Whole".

Its tougher than you think, the temptation to over try and be instantly profound, is overwhelming and like most arts causes people to scrap everything as rubbish after a few tries. The Best Haiku should flow straight off the top of your head, and like any skill you need to train up a little. There are many haiku generators online but 99% of them produce literal garbage at random. The only one I found to train on is: http://members.aol.com/frenjp/haiku/create.htm
which has a wonderful array of pull down menus set to the right phrasing, and right away you can start producing fairly credible haiku:
Here is my first one off the trainer:

I studied the pattern, and the skill of searching for the right verb or adjective, and then gradually added my own words in place of some on the menu. 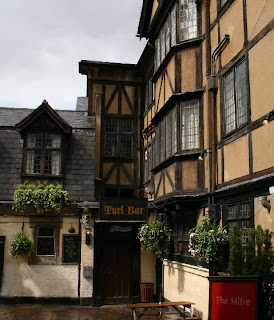 Till finally today I perchanced to have Lunch break alone in Oxford, so I took my two tiny "Haiku" Moleskines and a pencil ( with rubber, I'm not yet that fluid ) and sought out one of the city's ancient taverns, The Turl Bar, at the rear of The Mitre stagecoach courtyard, and whose cellars go back to medieval times but whose main building was put up in Tudor times.

There with a Welsh Rarebit ( special toasted cheese sandwich ) and a pint of the best local Real Ale I took my first faltering steps to producing my very own haiku. Finally, after many goes, I produced a haiku fit for the KMSA.

Atlas's of foam
clinging round a
half full glass.

Now, you thought I'd now put a photograph of a half drunk pint of ale for you........
Not so Knights and Ladies, its the haiku that is supposed to give you that image,...

It seems the meaning of life really is staring us in the face.

So I want you all to go and try it. Give yourself fifteen minutes with a cup of tea and a biscuit and enjoy yourselves, relax and gently ease open those doors of perception, and send some of the results to Sir Hook and Sir Bowie,.......... don't be shy, we'd all love to know what you are thinking.