There are few more delightful things in England, and especially in the Thames valley where I live , than the early morning Dawn Chorus. 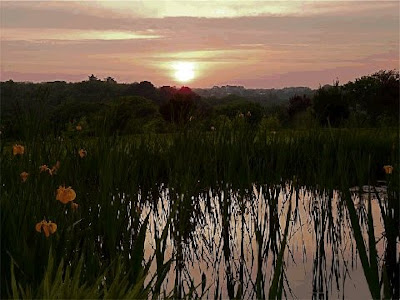 At first light , on the many occasions i jump out of bed full of the joys of Spring, I'll take a brisk walk to the Canal a few blocks away...and bask in the aural spectacular of birds waking and announcing their whereabouts and generally staking their territorial claims in the new day.

This is sooo primal and reaffirming, and often i have wished i could record it and play it at home while i work, instead of all the insistant music beats or media crap that is making life hell as they report every dying snuff of the economy on the radio and TV.

So you can imagine my delight when i read there is a digital radio station alive and well out there, that broadcasts the Dawn Chorus's of England 24/7 one after the other in sizable 20 minute chunks..

So Knights and Ladies... if you go to www.birdsongRadio.com
you too can delight in the calming sounds of Wren and robin and blackbird, caroling the day break, Turtle dove, wood pigeon, thrushes, cuckoos and warblers. Ducks on the lakes the moorhens and Coots, Pheasnts in the woods and the list goes on.

It all reminds me of the last verse of Edward Thomas's classic poem about the Oxfordshire railway station "Adlestrop" :

And for that minute a blackbird sang
Close by, and round him, mistier,
Farther and farther, all the birds
Of Oxfordshire and Gloucestershire.

Of course on the distant horizon, that is probably the sound of the motorway ( interstate) with people hurtling to city work-hell in the penumbra of the day.....
But the Birds couldn't give a hoot. :) 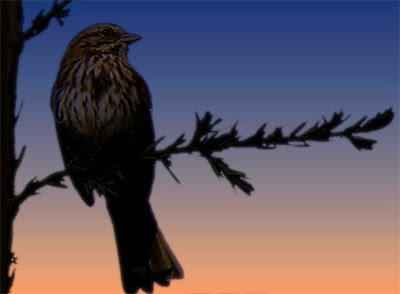