From the "you learn something new everyday" department:

I've been known to consume a lot of beer. How much? Well, I don't know exactly, but I know that I do consume a few "hectoliters" a year!

hectoliters [HEHK-tuh-lee-tuhr] A capacity unit equal to 100 liters, or 26.418 U.S. Gallons, or 22 Imperial gallons. In European and South American countries, where metric systems are standard, wine and beer production figures are generally expressed in hectoliters.

I bring this up for two reasons. First, I've never heard of a hectoliters until today. Second, I learned it when I read the following story:

What is the world’s top beer brand? Apparently, it depends on whom you ask. 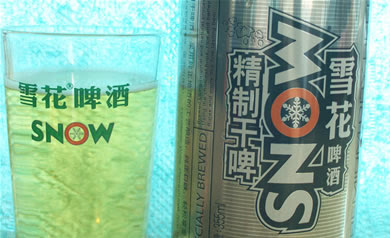 Or does it? Anheuser-Busch vigorously disputes the rankings. The company argues that Bud Light - NOT Snow - is the world’s bestselling beer as a single trademark brand. Why? Because Snow encompasses a family of beer brands that include at least 25 extensions. Anheuser-Busch folks say that’s not an apples-to-apples comparison, and that a more accurate count would rank Bud Light, with about 40 million barrels sold last year, as the world’s No. 1 individual brand.

Ehh…who are we to judge? We report, you decide. Our sense is that defending its spot on the top of beer-sales rankings has been a traditional point of pride at Anheuser-Busch. But at the new Anheuser-Busch InBev, things like market share and even barrel sales are arguably of less concern than the revenue and earnings the company can ring out of each barrel. At the end of the day, a large chunk of executive compensation is now tied to paying off debt and boosting earnings. Those things are related to selling more liquid than the other guys, but they are not the same thing (end)

For the record, here are Plato’s rankings, as reported by Reuters in millions of hectoliters: