There has been a lot of news in the U.S. lately about companies cutting benefits to stay afloat.

I work for a company that offers little or no benefits except free coffee and some paid time off when you can get it. I can’t complain, I basically sign a contract to work under those conditions each time I walk through door in the morning.

I understand the need to cut expenses to stay solvent, but has Canada’s Molson brewery gone to far? 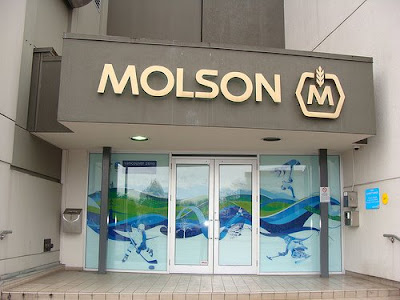 Some 2,400 retirees from Canada's Molson brewery are angry with the company's decision to phase out their free monthly beer allotments.

Retirees in Vancouver, Montreal and St. John's, Newfoundland, received a letter saying the company intended to standardize its perks across the country to current and past employees, the Toronto Star reported Tuesday.

In Vancouver and Montreal, unions have filed grievances against the company, which said the free beer costs about $1 million per year, the Star said.

St. John's retiree Bill Bavis, who worked for Molson for 32 years, told the Star he found the cutback announcement unfair.

"I think with the economic downturn they're trying to take advantage of us, as a way to cut retirees' benefits and justify it," he said.
In April, parent company Molson Coors announced its net profit more than doubled in the first quarter compared to last year, to $75.7 million, the newspaper said (end). 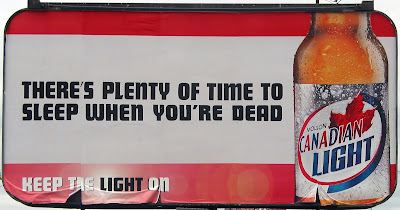 Sir Bowie (I can live without company health insurance, but no free beer?) of Greenbriar
Posted by dkWells