You know how it is when you get together with friends for dinner and a few beers:
The conversation quickly turns to religion, politics, and… Ice Cream (at least when women are involved).

Last night at a group dinner, one topic lead to another which lead to someone asking “Remember Merry Mobiles?” A few of us did; most did not.

So, in keeping with our motto of “Think. Drink. Be Merry.” I present a short history of something you’ll either fondly remember or say to yourself, “What the hell is that?”

When I was a kid, one of the summer pleasures was the sound of a bell clanging down the street. That bell signaled one thing: ICE CREAM!

Now, I know that ice cream trucks are not that unusual. The ones that rolled down Taft Ave. and many other U.S. streets were. I present The Merry Mobile! 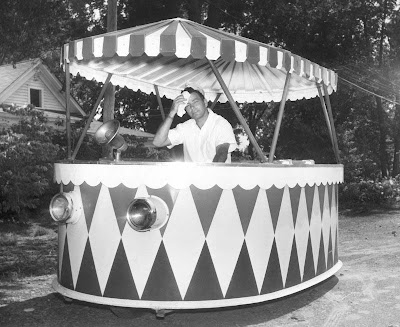 Merry Mobiles operated from the mid-195s until the early 1970s. They were powered by one-cylinder engines, and the ice cream was kept frozen by dry ice.

Unfortunately, these were replaced with more efficient, yet more mundane, modes of transportation. Most of the Merry Mobile fleets were destroyed for scrap. 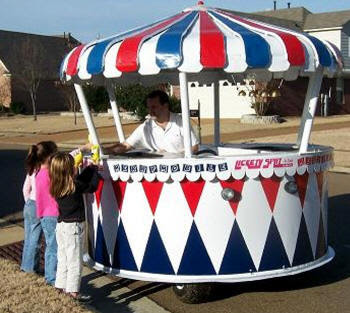 Sir Bowie "Think. Drink. Steal a Merry Mobile and Give Away Ice Cream to Kids. Be Merry" of Greenbriar
Posted by dkWells