Get Your Fest On!

Last night my family attended the Dublin Irish Festival in Dublin, Ohio. This festival has been a tradition in Dublin for over twenty years and a tradition for my husband and I for three. This was the first year we took our daughters.

This is a really wonderful festival, featuring traditional Irish crafts and storytelling, food, dance, and of course, music and beer. 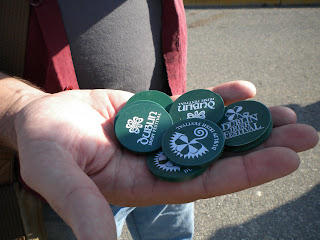 My youngest daughter was most interested in the historical reenactment village, designed to take us back to the Ireland of 1,000 years ago. We visited twice, giving us the opportunity to talk to twice as many folks. We were greeted with the Gaelic greeting: Dia is Muire. When we told the gentleman greeting us that we didn't know how to properly respond, it turned into a twenty minute discourse on life in Ireland in the year 1009. While we were all quite interested in our history lesson, my youngest was completely enthralled. She was rewarded for her attention by being allowed to try on a chain mail suit and a helmet and by being given a brief private lesson in sword play. A young knight in the making. Girls can be knights, right? It's 2009, not 1009...

Of course, before we left the historic village I had to visit with the woman who was spinning yarn on a spindle and discussing spinning and knitting. As knitting is a passion of mine and spinning is something I've always wanted to try, this was of particular interest to me. One of the yarns pictured in the basket is actually spun from dog hair. As the owner of a Golden Retriever who probably sheds a sweater's worth of yarn a month, I may need to read up a little bit on that. One of the high points of the evening was the beer tasting. They held a whiskey tasting as well, but we were too late to register for that. 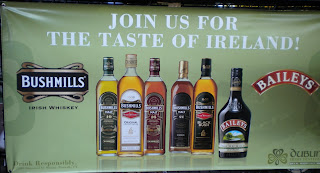 We dropped the kids off in a teen zone, where they played Guitar Hero on a screen the size of a bus. My eldest came away with a ridiculous amount of swag. She can rock her some Guitar Hero. 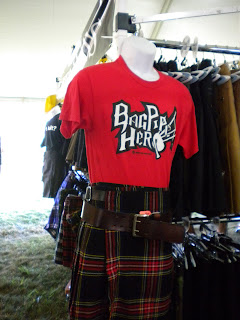 But you wanted to hear about the beer. 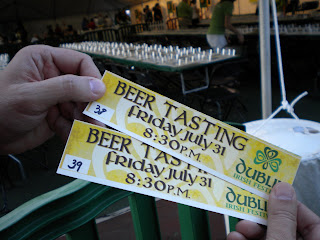 The tasting was sponsored by the folks who bring us the following brews: 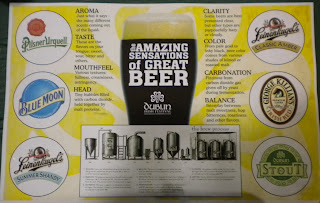 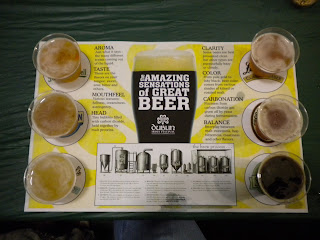 We learned a little bit about each of the beers we sampled. We also learned a good bit about the brewing process. We were able to touch, smell and taste some of the raw ingredients that become beer after the Beer Fairy works her magic. (If you're unaware of the Beer Fairy, check out Tom Robbins' latest: B is for Beer.)

After the tasting, on to the show. The reason my husband, Tom, and I return to the Irish Festival year after year. The Prodigals. 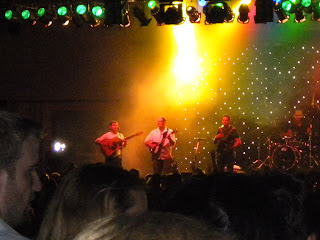 We first heard The Prodigals in 1999 at the Folk Festival in Johnstown PA. We were immediately taken with their fresh, high energy show and their unique sound. They've titled their particular genre 'Jig Punk'. I suppose that works as well as anything. The band has undergone some changes in the past ten years (haven't we all), but they still put on a great show and attract a huge following. The music itself relies heavily on button accordian and bass guitar - an anomaly in the world of guitar-driven rock. They utilize traditional Irish lyrics set to a punk/rock beat. The effect is unusual and really cool.

With new knowledge in our brains, beer in our bellies and music in our souls we headed for home. An evening well spent.


Lady T. who was pleased and honored to have been invited to post and who wishes there was a festival every weekend of Pickerington
Posted by dkWells