It's what people know about themselves... 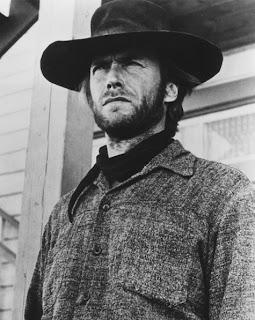 The classic spaghetti western High Plains Drifter (written by Ernest Tidyman) was on the other night and I just had to watch – again. In the opening of this classic, Clint Eastwood's character, The Stranger, walks into a saloon as only Eastwood can. All eyes are focused on him.

The Stranger: Beer... and a bottle.
Bartender: Ain't much good, but it's all there is.
[brings drinks]
Bartender: You want anything else?
The Stranger: Just a peaceful hour to drink it in.

The American West and cowboys have long been associate with a “White Knight-like” spirit: riding your horse into the unknown, bravery, adventure, battling evil (usually in black). In American literature and early cinema, the good guys (in tall white hats) usually had their codes, prayers, creeds, or rules they followed. For example, this from perhaps the most Knight-like of them all: 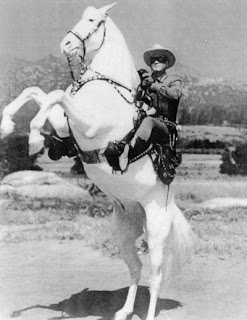 Eastwood's The Stranger's creed? I couldn't find one, but I imagine it to be something like: “Shoot 'em all and let God sort 'em out. Then you live with it!” Yes, Clint Eastwood's character was one bad ass. But, The Stranger had many Zen-like truths worth remembering, including:

Sarah Belding (a woman he had just slept with): Be careful. You're a man who makes people afraid, and that's dangerous.
The Stranger: It's what people know about themselves inside that makes 'em afraid.

So, what's your creed? It's something to think about the next time you drift into your favorite saloon and order a bottle and a beer.

May you have a peaceful hour to Think, Drink, and Be Merry.