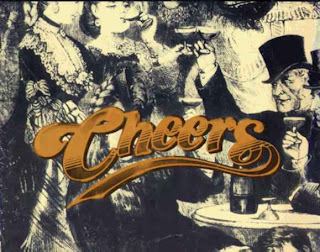 Here are just of few of my favorite beer liners:

Woody: Pour you a beer, Mr. Peterson?
Norm: Alright, but stop me at one. Make that one-thirty.

Woody: Would you like a beer, Mr. Peterson?
Norm: No, I'd like a dead cat in a glass.

Carla: If the Brady Bunch crashes in the Andes who would they eat first?
Woody: Well probably the maid, 'cause she's not kin
Cliff: Yeah, but if they were smart they would ask her the best way to prepare herself. (I bet she would go great with a pale ale).

Norm: You know what I love?
Sam: Beer Norm?
Norm: Sure, I'll have one.

Everyone: NORM.
Coach: What's new, Norm?
Norm: I need something to hold me over until my second beer.
Coach: How about a first beer?
Norm: That'll work.

Woody: What do you say to a cold one, Norm?
Norm: See you later, Vera; I'm going to Cheers.

[while having a debate with Cliff]
Norm: Hey, Frasier, you're a doctor. What happens to old, dead skin?
Frasier: Apparently it sits on barstools and drinks beer all day.

And my personal favorite:

One afternoon at Cheers, Cliff Clavin was explaining the Buffalo Theory to his buddy Norm. Here's how it went:

"Well ya see, Norm, it's like this... A herd of buffalo can only move as fast as the slowest buffalo. And when the herd is hunted, it is the slowest and weakest ones at the back that are killed first. This natural selection is good for the herd as a whole, because the general speed and health of the whole group keeps improving by the regular killing of the weakest members. In much the same way, the human brain can only operate as fast as the slowest brain cells. Excessive intake of alcohol, as we know, kills brain cells. But naturally, it attacks the slowest and weakest brain cells first. In this way, regular consumption of beer eliminates the weaker brain cells, making the brain a faster and more efficient machine. That's why you always feel smarter after a few beers."