From my numerous discussions with various people on the subject of existence of God, my conclusion can be best explained by the following analogy:

“If we imagine that blind faith is jet black, absolute non-belief is pure white, and all possible inbetweens as a grey scale, then every individual's belief is some shade of grey - his/her own personal equilibrium of rationalism and faith.” 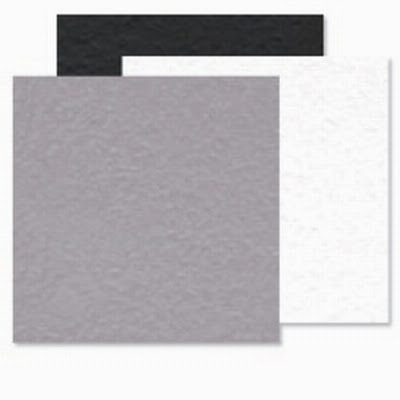 This position is usually not firm - it moves in either direction during various phases of the person's lifetime - but what's funny is that every individual firmly believes that his/her current position on the grey scale is the correct one, and everybody else is either too dogmatic or too rational.

"Inventing a deity greatly simplifies life for the believer, and makes thinking unnecessary. If there's a puzzle — "why am I here? — for example, the "God" card trumps all others, immediately and completely, with no discussion or work needed. No, the invocation of a deity doesn't explain a difficult quandary, but it makes an answer unnecessary, for the believer."

One of the more curious shades of grey is the position that religion may not be true, but it is a necessity nonetheless to keep ignorant masses in line - it's like the traffic light system of life without which navigating the paths of life would be very hazardous. Basically this position discards all the parts of religion that conflict with science (origin, existence, evolution, etc), but accepts the one part of religion that science does not invade - the moral code. People who take this position believe in science, free enquiry, etc, but also believe that absolute morality as mandated by religion is perhaps better than letting people develop their own personal moral codes based on education and life experiences. Richard Dawkins, in a debate with the Archbishop of York, Dr John Habgood, on the existence of God, labels these people the "know-alls":

"Religious people split into three main groups when faced with science. I shall label them the "know-nothings", the "know-alls", and the "no-contests". The "know-alls" (I unkindly name them that because I find their position patronizing), think religion is good for people, perhaps good for society. Perhaps good because it consoles them in death or bereavement, perhaps because it provides a moral code. Whether or not the actual beliefs of the religion are true doesn't matter. Maybe there isn't a God; we educated people know there is precious little evidence for one, let alone for ideas such as the Virgin birth or the Resurrection, but the uneducated masses need a God to keep them out of mischief or to comfort them in bereavement. The little matter of God's probably non-existence can be brushed to one side in the interest of greater social good."

Assuming that we are smarter than the rest, and thinking that we know what is good or bad for the masses, is a smarter-than-thou snobbish elitist position. Besides, it is also very dangerous territory. As Carl Sagan warns us in his book The Demon Haunted World :

"We are not wise enough to know which lies, or even which shadings of the facts, can competently serve some higher social purpose - especially in the long run."

I will urge all the "know-alls" to read this book, especially the chapter titled "Newton's Sleep" that ends with the above quote. A well rounded perspective is the only way people will ever co-exist.