The Key to Success?

I’m obviously way behind the times. I just noticed the other day that Coors has introduced something called a “Vented Wide Mouth Can” (I also missed "National Venting Day" on April 15). 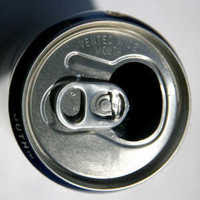 "We know from talking to beer drinkers that more than half of them do not like the way their beer pours from a can and want a smoother pour," said Lee Dolan, vice president of marketing for the Coors family of brands, Coors Brewing Company. "The Vented Wide Mouth is the latest step in our attempt to create a can that drinks like a frosty glass.” (From Reuters, April 7, 2008)

What? Over half of beer drinkers don’t like the way their beer pours from a can?

I don’t mean to tell Mr. Dolan his business, but I’ve NEVER had a problem pouring a beer from a can (okay, maybe late in the evening after a few).

This “new and improved” can reminded me of an essay that I read 30 years ago in college English 101: John Updike's The Beer Can, 1964 (Editor’s note: I was only 4 when this was written, but I guess my college professor was to too lazy to update his reading list from the 60s).

Remember, this is when the pop top can was first introduced.

This seems to be the era of gratuitous inventions and negative improvements. Consider the beer can. It was beautiful -- as beautiful as the clothespin, as inevitable as the wine bottle, as dignified and reassuring as the fire hydrant. A tranquil cylinder of delightfully resonant metal, it could be opened in an instant, requiring only the application of a handy gadget freely dispensed by every grocer. Who can forget the small, symmetrical thrill of those two triangular punctures, the dainty piff, the little crest of suds that foamed eagerly in the exultation of release? 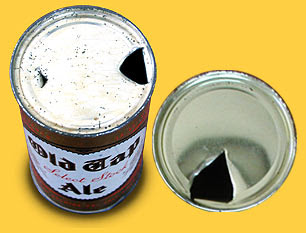 Yes, I have to agree with Mr. Updike: beer never flowed so beautifully as from a can opened with a “church key.” Even after the pop top was invented -- back when cans were still steel -- you could flip ‘em over and open them with an opener. Damn aluminum!

A quick search in Wikipedia:

In 1935, beer in cans with flat tops was marketed, and a device to puncture the lids was needed. The same ironic term, "church key", came to be used for this new invention: made from a single piece of pressed metal, with a pointed end used for piercing cans — devised by D.F. Sampson for the American Can Company, who depicted operating instructions on the cans themselves, and typically gave away free "Quick and Easy" openers with their newfangled beer cans. 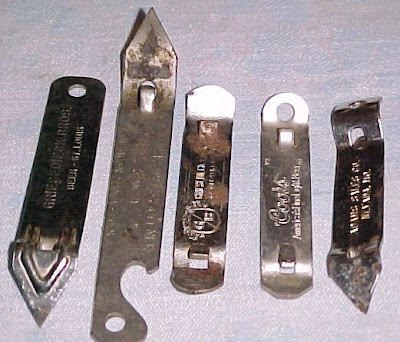 The Vent Can? 44 years later Mr. Updike is right again: This seems to be the era of gratuitous inventions and negative improvements.