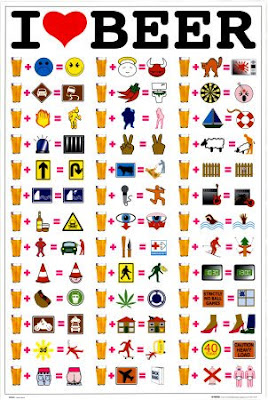 The 2008 Gallup Poll of consumption habits, released last week, found something that Knights already know: Beer Rules! Beer is the alcoholic beverage Americans drink most often (at least according to this past survey).

The shift to beer from wine is especially strong among drinkers between the ages of 30 and 49, Gallup said. Though the pollsters gave no reason for the increase, I’m willing to venture a guess: It’s the Knights of Moleskine Spirit and Ale’s cry for the world to drink better beer – including American craft beers (a bit too pompous, perhaps?).

The nation's economic slowdown does not appear to be hurting beer sales. In fact, it might be helping them. America's craft brewers recently increased their prices by about $1 a six-pack, to compensate for the increased cost of hops, grain, delivery. Yet, despite the jump in prices, sales of craft beers rose. Many Americans, it seems, may be drinking a little less, but they’re drinking premium beers (or at least beers that market themselves as premium beers).

One term (and we have to coin a term for everything) is called “premiumization.”

So, there you have it Sirs and Ladies. Thanks to our dedication and diligently spreading the word, Beer Rules in America! But, you already knew that.