Following on from Sir Bowie's "Endeavour to dream... BIG" blog of 2nd November, I thought I'd bring to the KMSA's notice, a wonderful six part weekly BBC TV series we are currently mid way through called James May's Toy Stories.

James is probably just about known in America as one third of the presenting team of the mad cap Auto show called Top Gear, but his interest in technology is also known from his presentation of such programmes as James May's 20th Century and James May's Big Ideas.

He credits much of the inventiveness of humans to the love of playing with toys and he has credited many technological developments to men playing in sheds, ( ring a bell, Bowie?)

He has long shown his passion for toys in programmes he has presented including James May's Top Toys and James May: My Sisters' Top Toys and he has discussed his desire for children to get away from games consoles and play with real toys preferably with their parents. May was quoted as saying:
" For too long now we have regarded the great toys as mere playthings. It's time to use them to bring people together and achieve greatness. And I bet it will be a right laugh as well."

So May set out to take six of the most classic "Toys" that have all but fallen behind the modern gadgetry of today's toy stores, and attempt to create epic projects that would reintroduce the toys back into people lives, and also prove childlike creativity is still in all of us.

The ambitious – world record breaking in many cases – projects included:

* Creating a Plasticine garden, made entirely out of Plasticine , including a huge bust of the inventor of Plasticine, William Harbutt, and entering it for the Chelsea Flower Show 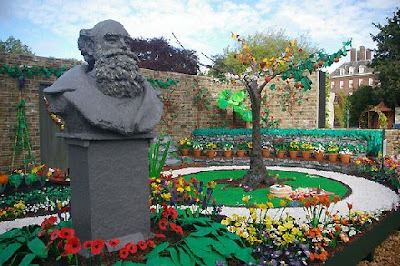 Attempting to build the world's first full-size house made entirely out of Lego bricks. 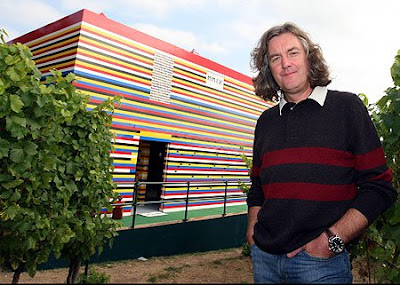 Attempting to build a full size model Spitfire from a giant Airfix kit, including a plastic pilot based on himself. 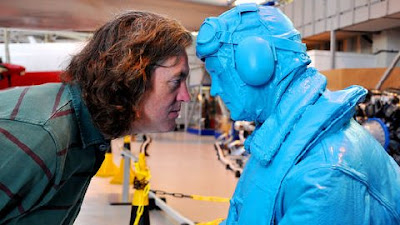 Racing a Scalextric car against a taxi through a busy town centre.

Building a life-size bridge made entirely out of Meccano

Many of the plans involved significant engineering problems, so the programme makers searched for architects, designers and engineers to help them. However, many more volunteers would be required as a labour force, the appeals for volunteers were distributed in local newspapers, and arrived in force from scores of schools and many thousands of the general public.

I have loved watching this series. Tonight was the Plasticine garden one, and it has made me want to go out and buy some and create a few simple animal cartoon-like monsters....and as always, I like our blogs when they bring an enlightening point to take out into the world, and today, mine is;

"Its never to late to have a Happy Childhood "