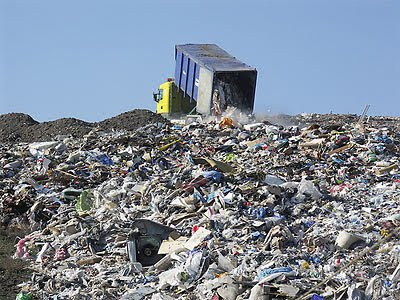 I drive past our local landfill weekly -- sometimes Lady Suzanne and I take sunset rides in my topless M38A1 (Jeep) past the dump. Ahhh, the fresh air.
Though I have been accused of being a dumpster diver (picking through dumpsters to pick out good, reusable stuff, I've actually never gone into our landfill and searched for buried treasure.
After reading the following story, I might:
According to the USA and AP, Two Columbia sanitation workers apparently couldn't stand by and let beer go down the drain. They recently took dozens of cases of expired brew from the city landfill.
Police and city supervisors are trying to determine whether the salvage was a crime — theft of city property — or just a policy violation.
A Columbia distributor, Scheppers Distributing Co., sent 1,500 cases of expired beer to the landfill on April 1 in two shipments. The first shipment was destroyed immediately, but the second, containing about 700 cases of Budweiser and Michelob Ultra, was not.
Margrace Buckler, the city's human resource director, said two Solid Waste Division workers, who haven't been identified, brought a city pickup to the landfill and hauled off about 50 cases of the beer.
I guess word spread of the acquisition and a week later, city officials reviewed video from the landfill and saw the workers drive away with their haul.
"It's not unusual for people to want to take some beer, " Scheppers President Joe Priesmeyer said. "Every once in a while, we'll have some beer get stolen by overzealous people off of our trucks," he said. "Beer is a popular product."
Sir Bowie "Get your hip waders on Sirs and Ladies, let's go searching for golden treasure!" of Greenbriar
Posted by dkWells