20 years ago a small congregation of regulars at a tiny bar named Legends (Evansville, IN) would occasionally press the right combination of letter/number on the corner juke box and Elvis would come alive and belt out the song Rock-A-Hula Baby. The bar would also come alive, dancing and singing along (the patrons, not the building itself). 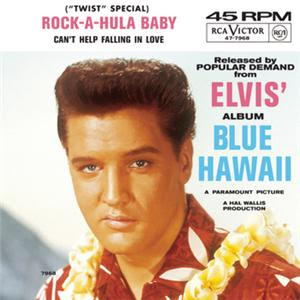 One night, as legend has it, someone suggested a “Rock-A-Hula” Hawaiian-style party. The next weekend a few decorations went up, a few Hawaiian themed covered dishes went out on the serving table and a dozen or so people enjoyed the first Legends' Rock-A-Hula.

There are people in this world who are completely happy with the status quo, and then there are rare individuals such as Sir William of Keglers, proprietor of Legends Lounge and River City Recreation bowling. Bill is the type of personality who continually seeks to raise the bar. The following year was a little bigger. And, each year, the proverbial limbo-bar was raised higher and higher (yes, I know that lower is better in limbo). Okay, raised lower and lower. 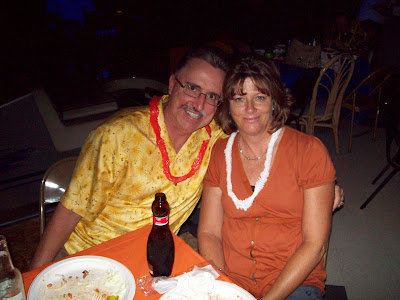 (Above: Sir Hook and Lady Allwinky at their first)

The event expanded so much that Bill ended up completely closing the bowling alley for three days, building a dance floor and stage for live bands over the lanes (a far cry from the juke), smoked tons pork for hundreds of guests, and basically threw once of the biggest and notorious parties in Evansville. 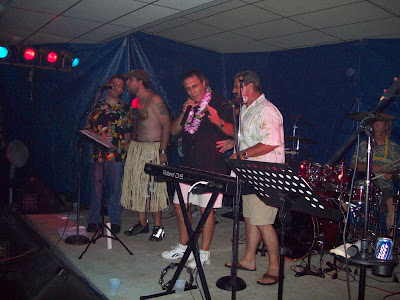 Bill (second from right), two sons (left), and brother take the stage to sing My Girl)

Zen and the Art of Rock-A-Hula tells us that all things arise and fall: This year was the “last call” for Legends' Rock-A-Hula. The party has simply gotten to large for the reward. Besides, twenty is a nice number to say “aloha.”

As I commented yesterday, 75% of the people who show up don't ever see the huge commitment and sacrifice of time and money it takes to throw such a huge event such as Rock-A-Hula. They simply come each year to eat, drink, and be merry – which is fine. But, I had an odd feeling come over me early Sunday morning as it was all winding down and people were chanting “one more year.” Seems to me that, like most of society, people want to come to the party, but they don't ever want to host one.

The Vukovich family – and countless volunteers – is a rare and special exception.

Thanks for the memories.

Sir Bowie “too old to rock-a-hula, too young to die” of Greenbriar