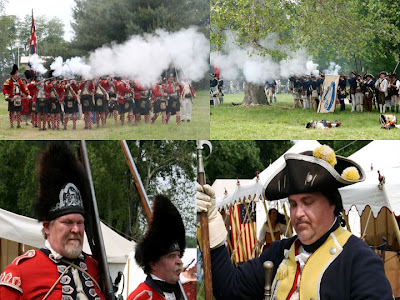 We in America celebrate this day as Independence Day, the birth of our Nation and the recognition that all men (notice women were left out) are created equal (unless you were a slave or didn't own a plantation in Virginia or a trading company in Boston or New York). It all started over a slight disagreement about fair taxation, representation and the sovereignty of the States (Colonies) to govern themselves. Something we're still working on. We all know the real reason; however, the battle for control and power, the two great motivators of all organized groups; whether they be nations, religions or neighborhood associations. It's just not exclusive to the American way...it's the way of the world! We at the Knights of Moleskine, Spirit and Ale celebrate this day as Unity Through Diversity Day. It is a day when a diverse group of men and women, for different reasons, join together for a common cause....To Think, To Drink and To Be Merry! 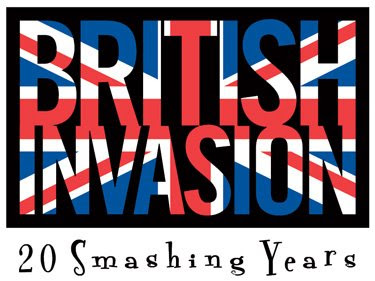 Of course, our brothers across the pond were not going to just lie down and take this without a fight. Taking a strategy right out of the American play book, they took something that was ours, made it theirs, and shoved it in our face! That's right...20 Smashing Years of the British Invasion, or at least that is what we call it here in the States. Rock N Roll was originated in America, birthed out of the blues. Of course we took the beats from our black brothers and made it white. That was the shocking part about Rock N Roll in the American 50's. Somehow it became more accepted when the British rolled back into town! So, I say, "Well played and carry on!" Rock N Roll becomes the language of Unity Through Diversity and we are once again undeniably linked with the Mother Country and together we take the world by storm! 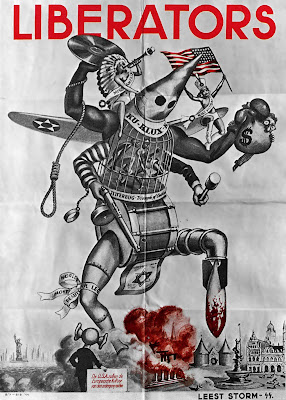 Of course, there is this image problem that we Americans have across the globe. Above is a Nazi propaganda poster, produced in 1942, about America coming to the aid of Europe. A fact that can not be denied. I can't help but stare at this image and realize that we are still seen across the globe in this same distorted way. Perhaps the British were physic back in 1776 because they still enjoy their freedom but they have given their bad image of a world dominating power over to us. We really aren't that bad! Just a few of us give us all a bad name, sometimes a bad side effect of Unity Through Diversity. So on this day that holds so many different meanings for so many different people across the globe I give you two images of an American...you can decide which one you would choose to have a beer with today... 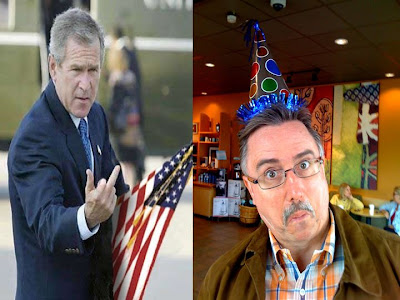 Of course I'm a little biased and would chose to have a drink with me, something that I do all to often according to Lady Allwinky. So remember, we all are united, whether you live in the States or not. Truth will ultimately triumph over evil and the Knights of Moleskine, Spirit and Ale will continue to endeavor to spread our message of hope while we Think, Drink and be Merry. Today is also another milestone in our history. It is the Knight's of Moleskine, Spirit and Ale's 300th Blog. Finally, I celebrate all who have given of themselves to fight and die for a cause that they believe in, a cause that is bigger than themselves. I also give you a true American Hero, my son, Private First Class Ryan K Wells, Bravo Company, 2nd Battalion, 81st Armor Regiment. 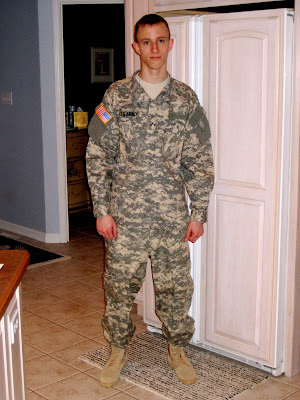 Sir Hook the Liberator of Warrick