Why do we fall? So we can learn to pick ourselves up!

There’s a new little movie out that getting so little attention that I doubt many of you have heard of – though I think Sir Hook made reference to it the other day. I think it’s called… what is it? Oh, Batman, The Dark Knight! 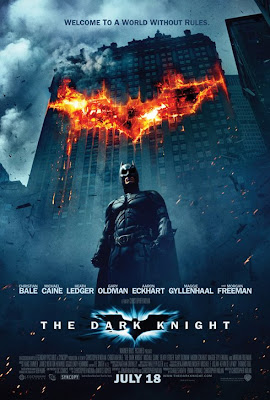 Okay, I’ll admit it – I’m a huge Batman fan. I grew up on the comics and TV show and have seen all the movies. Sir James of Taylor was kind enough to give me (I mean, lend me) Batman Begins. As my daughter Lucy and I watch it, I realized that Batman is not only highly entertaining, but Batman stories also have a lot to TEACH us.

Batman has so much to teach us, in fact, that another fan, rabbi Cary Friedman wrote a book titled Wisdom From The Batcave. How to Live a Super, Heroic Life. He wrote the book while a chaplain at Duke University, “…because of my love for the Batman (and what he represents) and my desire to help regular people…translate his heroic ideals in their everyday lives.”

Batman is a classic battle between good and evil (sometimes, like Batman, that battle is within us). The stories teach us universal lessons in how to deal with people, battle adversity, and become the heroes on our own lives (and others). “Batman comics,” Friedman writes, “naturally affirm those things which we all most want to believe: that Good can ultimately triumph, albeit in dark and often mysterious ways.”

Here are a few of the topics that Rabbi Cary Friedman writes about:

The Blessing of Family

How to Triumph over Adversity

Recognizing the Extent of Human Potential

The Value of Willpower

The Value of Hard Work

The Value of Inspiring Others

The Value of Friendship

The Price of Greatness

Plate Armour and textiles in the 14th to 16th Centuries, came in cheap off-the-shelf or expensive. So if you were a man of means , and admit it girls you always like a man of means, you would have bought the "Black"smiths, best produce, that would have been finished in black, and usually engraved around the "Bullet Points", as "proof" where they had fired crossbow bolts at it, to show it was impenetrable and the best armour. The cheap "silver" colour plain armour would have been bought by first time knights with no real money and land to their name.

Should we not all strive to become “Dark Knights”? I think the answer is “YES!”

Perhaps we should think about a name change: The Dark Knights of Moleskine. Spirit, and Ale. 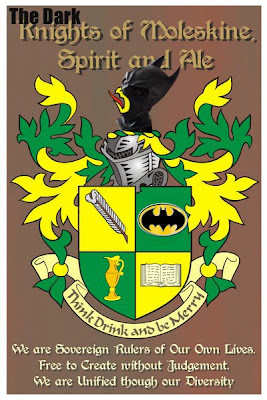 If nothing else, induct the Batman as an Honorary Member of Merry (and Scary) band of Knights.

Sir Bowie-man “It's not exactly a normal world, is it?” of Greenbriar