Aye, me salty dogs of the sea, it's one of the most venerated days in the Knights, of Moleskine, Spirit and Ale calendar...Talk Like a Pirate Day! Prepare to be boarded! 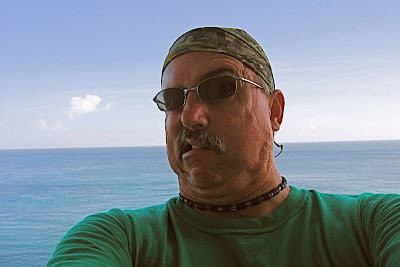 Here's Captain Hook of Warrick about 15 nautical miles off the coast of Hispaniola preparing to board whatever or whoever will let him. This is the look you get when he's throttling your throat because you either pissed him off, won't give him what he wants, or just won't get out of his conquesting ways! 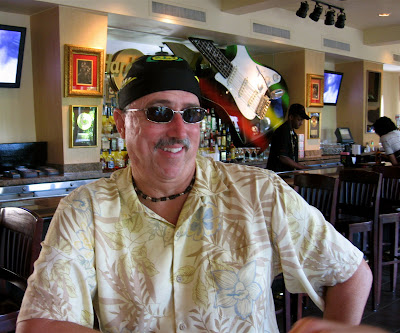 After a good day of rape, pillage and plundering, Captain Hook likes to clean himself up and head down to the nearest pub for pint of grog to count his booty and look for booty!

Arrrr! Now that's some booty! X marks the spot of me booty! I'd like to fire me cannon through her porthole! That's how Lady Allwinky, aka the Pirate Wench of Jamaica, appeared to Captain Hook on his travels to Jamaica. My navigation's couldn't find Port Royal, but I did find the Royal Port! 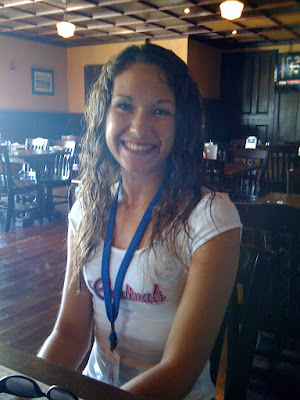 Which leads to the introduction of the latest pirate wench, Lady of the Knights, Lady Hussy of Roby. She was inducted into our merry band during a board meeting (That's right you scurvy peg legged scoundrels...a boarding meeting) by Sir Hook of Warrick, Sir Tigger of Kidd and Sir Duke of Conlin while downing pints of grog at RiRa's Irish Pub, located on the closest thing we have to the sea, the Ohio River. 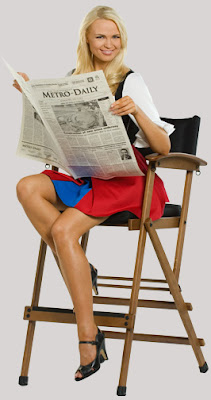 Which brings us to the latest news! After reading Sir Bowie's blog about voting for the newest St. Pauli's Girl, I navigated me Internet ship towards their site only to find out that countless other desperate men of the sea had already had their way with her. 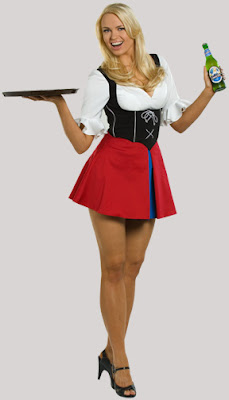 I introduce to you the newest St. Pauli Girl, all 5'10"- 35x25x36 of frothy fun, Irina Vironina from Russia. Aye, those Russian blonde's have been dominated the sexy beer modeling scene for some time. She does live in LA now, and has recently stared on Reno 911, so we know she has a sense of humor. Irina may never find this out, but being that she is officially a beer icon now, it is only fitting that as a Founding Father of KMSA, I hereby induct her into our merry band as Lady Irina of Dzerzhinsk, or otherwise known to us scavenger's of the sea, the Blonde Babooshka Bombshell!

Now, me wanna be mating Mattie's, hoist your silks, drink a few yard arms and give a good ARRRRRRR for the KMSA today!

Sir Hook (That's Captain to you, you One Eyed Pox) of Warrick
Posted by dkWells