A Couple of Cool Knights 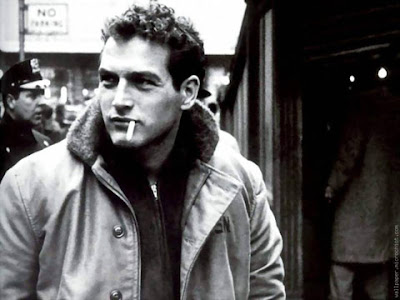 We lost a great one this week. Paul Newman, one of the last of the great 20th-century movie stars, died Friday at his home in Westport, Conn. He was 83.

He acted in 65 movies over 50 years. He was Hud, Fast Eddie, Cool Hand Luke, Butch Cassidy, and dozens of other great renegade characters.

But the movies and the occasional stage role were never enough for him. He became a successful racecar driver, winning several Sports Car Club of America national driving titles. He even competed at Daytona in 1995 as a 70th birthday present to himself. In 1982, as a lark, he decided to sell a salad dressing he had created and bottled for friends at Christmas. Thus was born the Newman’s Own brand. More than 25 years later the brand has expanded to include, among other foods, lemonade, popcorn, spaghetti sauce, pretzels, organic Fig Newmans and wine. (His daughter Nell Newman runs the company’s organic arm.) All its profits, of more than $200 million, have been donated to charity, the company says.

He was married to the same women (second marriage) for 50 years. Mr. Newman and Ms. Woodward’s was striking for its endurance. But they admitted that it was often turbulent. She loved opera and ballet. He liked playing practical jokes and racing cars. But as Mr. Newman told Playboy magazine, in an often-repeated quotation about marital fidelity, “I have steak at home; why go out for hamburger?”

One role that Newman didn't get was that of Cal Trask in East of Eden. Who beat him out? None other than James Dean. I mention this because this is the anniversary of James Dean's death. 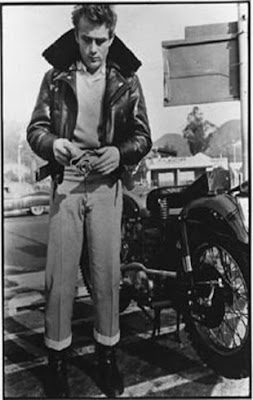 On this day in 1955, movie star James Dean dies at age 24 in a car crash on a California highway. Dean was driving his Porsche 550 Spyder, nicknamed "Little Bastard," headed to a car race in Salinas, California, with his mechanic Rolf Wuetherich, when they were involved in a head-on collision with a car driven by a 23-year-old college student named Donald Turnaspeed. Dean was taken to Paso Robles War Memorial Hospital, where he was pronounced dead at 5:59 p.m. Wuetherich, who was thrown from the car, survived the accident and Turnaspeed escaped with minor injuries. No charges were ever filed against him.

James Byron Dean was born February 8, 1931, in Marion, Indiana. He studied drama at the University of California, Los Angeles, before moving to New York City, where he appeared in plays and TV shows and took classes at the Actors Studio with legendary acting coach Lee Strasberg.

Dean rose to stardom in 1955 with his role as Cal Trask in East of Eden. Dean's performance in the film, based on the John Steinbeck novel, earned him a posthumous Academy Award nomination for Best Actor. It was the first time in Oscar history that an actor was nominated after his death. The young actor's next film was "Rebel Without a Cause," also released in 1955, in which he played a rebellious teen named Jim Stark. The film, which co-starred Natalie Wood and Sal Mineo, turned Dean into the poster boy for disaffected youth and cool. Dean’s final film "Giant," released in 1956 after his death, was an epic tale of a Texas cattle rancher and his family. Dean starred opposite Elizabeth Taylor and Rock Hudson and was nominated posthumously for a second Oscar for his performance as Jett Rink.

Dean's success as an actor enabled him to pursue his passion for racing cars and motorcycles. Despite his short life and brief acting career, he endures as a Hollywood icon. He is buried at Park Cemetery in Fairmount, Indiana, where fans continue to flock to his grave every year. People also pay tribute to Dean at a memorial located near the accident site in Cholame, California. (end). 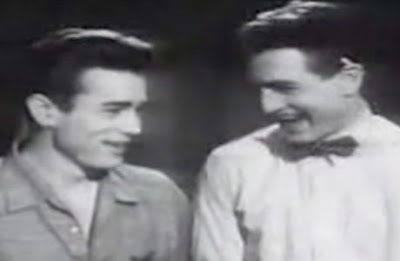 Above: Dean and Newman from screen test for East of Eden -- a couple of very cool Knights!