SIR Brit on the Ohio 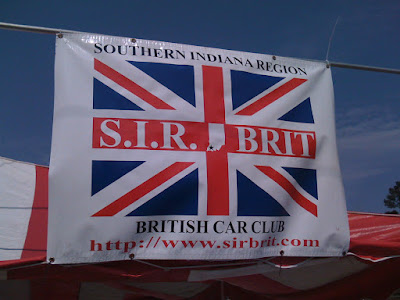 After our spirited blogging yesterday I decided to jaunt down by the Ohio River a few "Yards" from my humble home to take in some foreign relations. (By the way did you know that Sarah Palin didn't get a passport or travel outside the country until 2007 when she decided to visit some Alaskan National Guard members in Kuwait and Germany? Now, that's experience!) Sorry, I lost track of my story. The last Sunday in September always features the SIR BRIT car show on the banks of the Ohio in our little village of Newburgh. 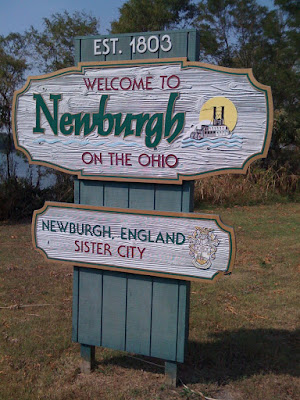 That's right! We have more foreign experience in Newburgh than you might think! We even have a sister city in Newburgh, England, and we're relatively old (I know that gets to Sir Dayvd) being founded in 1803. As we like to say, we are "The Best Town By a Dam Site"! 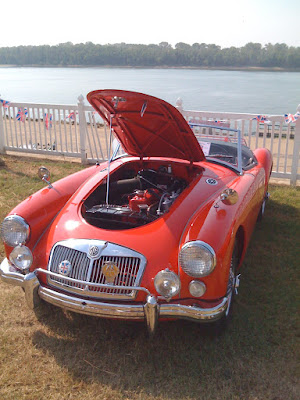 Unfortunately this year's show was not as well attended by car owners. I suspect that's because of the economy and they either didn't want to spend the money in gas to drive here, or they don't own their cars anymore. Hard to say, but there were still plenty of beauties like this bright red MG against the Ohio. By the way, that's the foreign country of Kentucky in the background. Do you know what a Kentuckian thinks Roe vs. Wade means? An argument about how to cross the Ohio River! LOL! (Sorry, Lady Suzanne...a native Kentuckian...I also carried its citizenship during my college days.) Speaking of Kentucky, in Louisville it appears that the US just might kick some European Ass in the Ryder Cup. (Sorry, Sir Dayvd) It's about the only thing we're doing right this week. 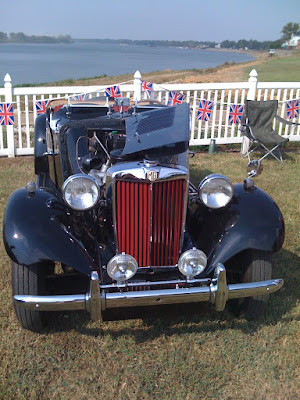 Here's another MG. Can you tell I like the old MG's?! The bend in the river heads towards Evansville. Just about a half mile down is the Abchier Ice House Pub where I down those 3 Floyd Ales! 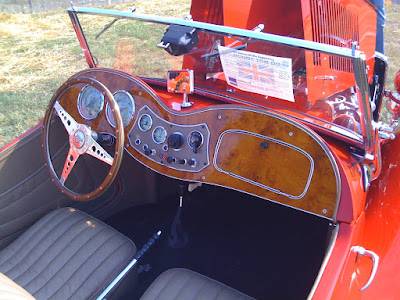 Here's the interior of a red MG. Beautiful! If you've never driven a car sitting on the left side and down the left side of the road you haven't really lived yet! I've had the privilege to do so in England, Bermuda and Tortuga BWI. (I told you I've had plenty of foreign experience.) I'm not quite sure how the British came up with the lefty system, or why we went rightly (Perhaps it is a mirror of our countries political leanings?), but I am sure that Sir Dayvd will be able to educate us on this subject later. 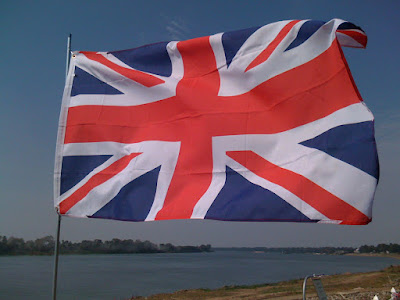 So, here's to another Red, White and Blue! I'm proud to wave the British Flag on my shores and know that we have friends from the Mother of all Countries and the 51st State!