Here in Southern Indiana, we've received a wintry mix of ice, snow, more ice (and more snow on the way -- up to 8 inches forecasted by noon tomorrow). 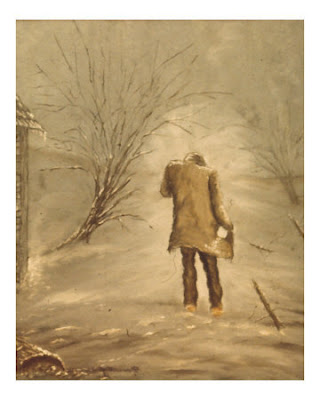 So, while waiting for a job to come in, I decided to Google "Beer and Snow." What I found was something that will be near and dear to many a Knight: BeerHaikuDaily.com, "A simple poem each day to celebrate life's simple pleasures." 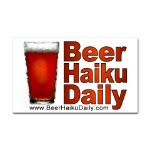 Sometimes I wonder
Can beer save the world? - Don’t know…
But it’s worth a shot.

It appears that we can thanks "Captain Hops" for this one. In addition to daily beer haikus going back to 2005, there are beer links, Beer Haiku merchandise, and something called Beer Session. "
The concept is simple. On the first Friday of each month, bloggers the world over write about the same beer related theme. The host compiles a list of links to all the contributions - usually with witty commentary. Beer enthusiasts read all the entries and are educated, enriched and entertained. Comments and discussions proliferate. Lifelong friendships are formed. The world becomes a better place. A month later, we do it all again."

So, snowed in or not, check out www.beerhaikudaily.com.


Sir Bowie "Googler Inside a Snowglobe" of Greenbriar
Posted by dkWells