All is Ours Day

According to: http://www.holidayinsights.com/ today is All is Ours Day. 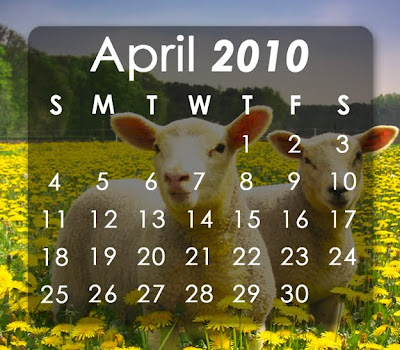 All is Ours Day is is bound to be a spectacular day for...... us.
Think of the concept. Imagine the possibilities. The creator of this day was absolutely brilliant. What a great day this will be.
The creator of this day was absolutely brilliant. Let's dissect the meaning and intent of this great day. We will do so by examining the title of this day, word for word. It begins with the word "all". For such a little word, it's all-inclusive. From a possessive standpoint, therefore, we are talking about anything and everything we want.. The verb "is" is sort, sweet and definite. It leaves no room for doubt or question.
Finally, the creator chose the word "our" rather than the word "mine" This is a vital decision allowing us to completely enjoy today. The greatest events, and the best things in life, are those that are shared. The only thing the creator left out is the definition of who "Ours" represents.

That is left up to you.

A few other April Notes according to the site:
Flower of the Month: Daisy, Sweet Pea
Birthstone of the Month: Diamond, White Sapphire
Astrological Signs: Aries March 21 - April 19; Taurus April 20 - May 20
The Moon this month is called the Egg Moon, Grass Moon, Hare Moon.

And finally, April is NOT the month (or any month for that matter) to open a beer in a Police Car -- especially if you're a teenager.

APRIL 7--Meet Tasha Lee Cantrell. The 19-year-old Floridian was riding in a car early Monday morning when the vehicle's driver was pulled over and arrested for DUI. As a tow truck arrived to remove her friend's car, a stranded Cantrell asked Okaloosa County Sheriff's Office Deputy Mitchell Landis for a ride home to her Fort Walton Beach residence. Landis agreed, but only after checking Cantrell's purse for any contraband, according to an offense report. While chauffeuring Cantrell, Landis heard the teenager "open a can of some sort" in the back of the cruiser. "As I looked at my in car video I observed Cantrell drinking out of an unknown can." Landis stopped his car and, upon further investigation, determined that Cantrell had popped open a can of Steel Reserve, a malt liquor known for its high alcohol content. "When I opened the rear passenger door I observed Cantrell attempting to hide the can between her legs. I retrieved this can and noticed it was Steel Reserve Beer," reported Landis, who immediately arrested Cantrell for underage drinking. Instead of being shuttled to her doorstep, Cantrell, pictured in the below mug shot, was rerouted to the sheriff's office, where she was booked on the misdemeanor charge (end)

Steel Reserve is an American lager owned and produced by Steel Brewing Company. MillerCoors LLC is the company listed on Steel Reserves' Privacy Policy and Terms & Conditions pages. The drink comes in "Black" and "Silver" varieties, also known as "Triple Export Malt Liquor" and "High Gravity Lager," respectively. Its primary claim to fame is its unusually high alcohol content (at least for U.S. of 8.1% ABV) and low price.


Just a few April ramblings from Sir Bowie of Greenbriar