Billy Joe Wants His Bullet Back 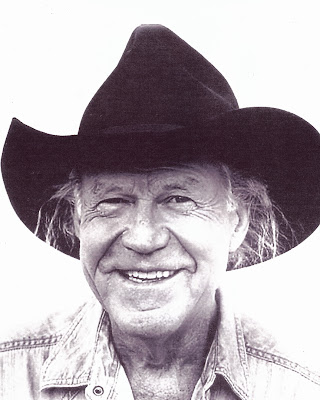 I always have a hard time conveying what Country Music I do like and what CM I don’t like (music wise anyway) in general enough terms… so maybe this will clear it up and why:

I don’t know what the heck happened to that movement. If you look back to the days of the “family singing groups” dropping gospel garbage on A.M. radio consoling the uneducated masses across the plains with peaceful sounds of a better tomorrow coming once your carcass is full of worms, the reckless fun-loving lyrics and antics of bands like the Outlaws was a welcomed breath of honesty in a nation steel guitar’ed to sleep with package mediocrity.

The only saving grace is that those earlier ninestone cowboys faded away into CMT informercials and desolate county fairs.

Unfortunately the “new country” isn’t much different. Neither, of course, is anything music/art/entertainment-wise. Safe begets wider marketability and profit. And it’s a lot easier to sell cookie-cutter subpar horseshit than it is to cultivate a following for a creative genius.

None of that is noteworthy but it is what makes someone like Billy Joe Shaver so amazing. At 70 some odd years old he’s been around the barroom… but unlike your grandfather this man isn’t a withered old Gabby Hayes in need of a new hip.

He’s been covered by… everyone. Played on stage with… everyone. And yet a gigantic chunk of the general population has no idea who his is or that he wrote that song they sing in the shower.

And best of all (to me anyway) is that this old country nubbin is still full blown nuts… more punk than any skin head, more “gangsta” than any 18 year old with grill. You think you represent? You think you don’t let nobody be disrespectin’ you? then take a look at this:

On March 31, 2007 Mr. Shaver shot a guy, Billy Coker, in the face with a .22 caliber pistol… (to quote Mr. Coker’s testimony he was shot in the “Moustache Area”… which is a fantastic description.I think it should be used instead of whatever the hell the correct biological fancy latin words for that part of the face are).

In the face, son!

It was ruled self defense this week at a court in Waco. And then Shaver.. keeping with the old school country mentality (that whole “crazy” thing I mentioned) dropped this to a crowd before singing "Georgia on a fast train" at a show later that night in Houston:

“They asked me [mumble ]what are you going to do about this boy you shot? I said I’m getting the damn bullet back. That’s true. [laughs] You all think I’m joking. I mean it. Walking around being famous with my bullet in him. Stealing all my press.”

And that’s what crazy smells like. That’s the only kind of country music and musicians I like. Boot-scoot your-achy-mmm-bop cack out of here.

My question… my only real question… is how does he plan on retrieving the bullet? I hope… for the sake of up holding his bad ass wild west persona… he doesn't try to shoot it out.

Email ThisBlogThis!Share to TwitterShare to FacebookShare to Pinterest
Labels: Country Music, Give Me Back My Bullets, Joe Shaver