It was like a snowstorm only the flakes were red instead of white. -- Fire Narrative of Bessie Bradwell Helmer

Chicago, Illinois was a tinderbox -- with 57 miles of wood-paved streets, 561 miles of wooden sidewalks, and tens of thousands of newly constructed wooden buildings. Though the exact particulars of its origins are unknown, given the dry summer and the careless way the city had been built and managed, the kicking over of a lantern by a cow is as probable cause of a fire as anything. What is known is that on Sunday evening, October 8, 1871, shortly after 9 o'clock, a fire broke out in the barn behind the home of Patrick and Catherine O'Leary on DeKoven Street on Chicago's West Side.

The fire, driven by a strong wind out of the southwest, headed straight for the center of the city: The “Great Chicago Fire” was raging on – and there was little anyone could do but bear witness to this “calamity beyond comprehension.”

The fire burned for two days, until rain finally fell on the morning of October 10. By then, one third of Chicago (around 18,000 buildings) was a smoldering ruin. About 300 people died in the fire, and more than 100,000 were left homeless (ironically, the O'Leary home, built in front of the barn, survived the fire. Today it is the site of the Chicago Fire Academy). 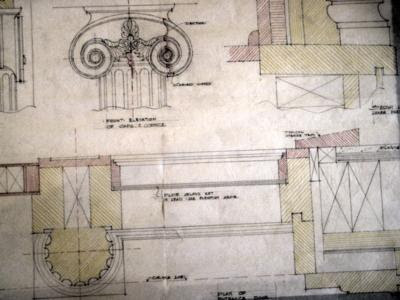 After the "Great Conflagration" of 1871, architects were recruited into the gigantic effort to rebuild the city. It didn't take long for Chicagoans to rebuild. Within weeks, construction had begun on 212 new buildings--this time made with stone and brick.

One of these men was little-known Daniel H. Burnham. 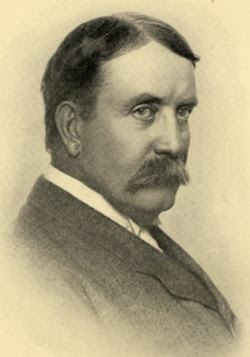 A couple of years later, Burnham, an enthusiastic promoter of great construction enterprises, started his own firm with John Wellborn Root, the architect of the first American skyscrapers. Root was reportedly a sharp mechanical mind with no interest in people skills. Each personality seemed to complete the other, Burnham acting as the dreamer and political conduit, Root, the astute draftsman and physics whiz.

After Root's premature death from pneumonia in 1891, Burnham planned the enormous World's Columbian Exposition on Chicago's south lakefront. The largest world's fair to that date.

In 1909, the Commercial Club sponsored the Plan of Chicago, again headed by Burnham. He envisioned a new Chicago as a "Paris on the Prairie" with French inspired public works constructions, fountains and boulevards radiating from a central, domed municipal palace.

In addition to great buildings and one of the most spectacular cities in the world, Daniel Burnham left us with a mission statement that all Knights should strive to live up to:

Make no small plans. They have no magic to stir humanity’s blood and probably themselves will not be realized.

Make big plans; aim high in hope and work, remembering that a noble, logical plan once recorded will never die, but long after we are gone will be a living thing, asserting itself with ever-growing insistency.

Remember that our sons and daughters are going to do things that will stagger us.

Let your watchword be order and your beacon, beauty.

So, when a “disaster” seems to be trying to burn down your dreams, remember The Great Conflagration and the “can do” spirit and hard work that planned and rebuilt Chicago. And remember Daniel Burnham, who whispers in our own spirit, “Make no small plans… Stir humanity’s blood…Think big!”