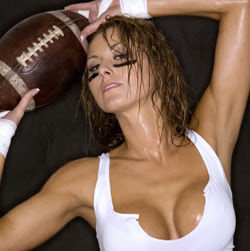 Fantasy and Football go together....well, like a Hot Dog in a Bun! Finger lickin' good! I Relish the idea of Mustarding up the troops each week to accomplish the impossible. 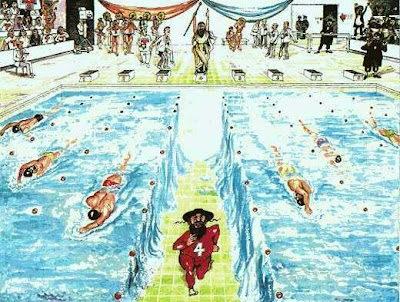 Fantasy Football is like picking Moses to be your Quarter Back against the best swimmers in the world. Not highly likely, extremely amusing and guaranteeing victory. 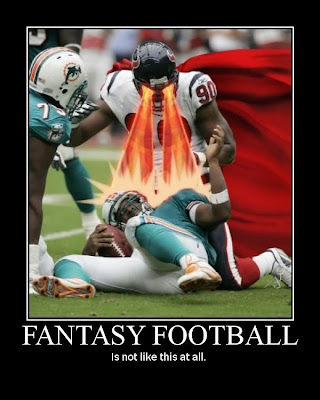 It gives Old Jocks like me superhuman powers as we drink beer and cheer on our team mates and destroy our opponents! It's like being 17 all over again, after catching the game winning touch down and deciding which cheerleader you're going out with tonight!

In honor of my old high school team, the Fairfield Mules...more profoundly known by our opponents as the "Jack Asses"...I named my winning team for 2009, the Mules!
I have to admit that I miss the days on the gridiron, running slants, outrunning defenders once I caught the ball...and on those special occasions...scoring a touchdown! Fantasy Football gives me the opportunity to be part of the game again. As you can see from the logo above...the Mules Kick ASS!

This morning I learned that the Mules head into the championship game this weekend after beating a team, the Heavy Hitters, that we lost to twice before the playoff game. We face the Will County Bears from Joliet, Illinois, a team that we have beaten twice. Feeling confident, but preparing just the same. 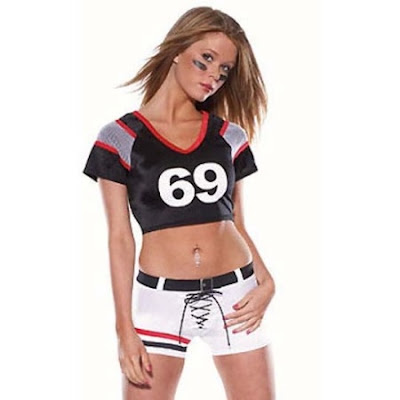 Here's my VP of Recruiting...Miss 69! Wearing the colors of the Mules..."Red, White, Black, Fight Them Back!" This is one of the reasons the Mules do so well every year. Who wouldn't want to play for a team that has "69"!
Like I said, "It's Fantasy Football Boys....Play with your Balls!"
Sir Hook (Who as A Wide Receiver for the Mules was called "Sticky Fingers"...I'll Let You Decide How I Got That Name) of Warrick
Posted by dkWells