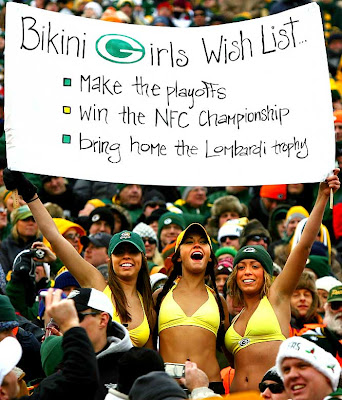 Not wishing to disappoint my Bikini wearing fans...I coached the "Mules" through the Fantasy Football Playoffs and won the Championship, defeating the Will County Bears. 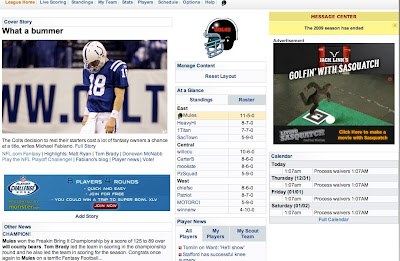 Here's the screen shot announcing the Championship. It says... 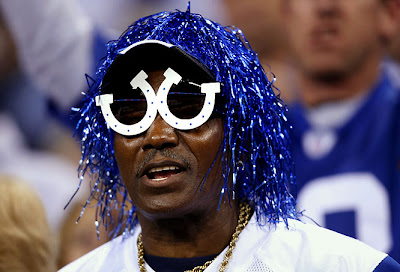 Also in that screen shot was a dejected Peyton Manning after being pulled by Coach Caldwell in the third quarter to "rest" his starters and give up the opportunity for Football History.
Piss Off! In the words of Vince Lombardi, who's trophy we all play for, "There's only one important thing...winning!"
Colts fans are lobbying hard to have Sir Hook lead the Colts in the playoffs. Hell, I didn't even rest Dallas Clark in my final championship game, knowing the risk of him being benched later in the Jets game that day.
Coach Caldwell's decision is like pulling out before climax...leaving everyone unfulfilled and frustrated! Like General George S. Patton said, "The only good defense is offense." Play to win, instead of playing to avoid being hurt.
Let's Play Ball Boys...and WIN!
Sir Hook the Fantasy Football Coach of the Year of Warrick
Posted by dkWells