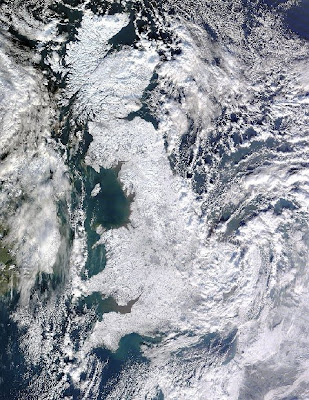 January 9, 2010, Oxford UK: Residents of this quintessential English shire, having just survived a historical snow storm which dropped 15 inches on the countryside, are now dealing with the real threat behind the storm.

Al Qaeda spokesman, Bin Salad Flem, contacted Scotland Yard yesterday and took full responsibility for planning this sinister attack on the UK. Flem stated, “We have been conducting a secret operation under the indoor snow skiing facility in Dubai, where we developed the ability to create snow that hits the ground and forms into an angry mob of miniature Suicide Snow Bombers.”

Paddy Smith, a sign maker from Banbury, was the first victim of this sinister plan. He was attacked while installing a sign on one of his client’s buildings. Immediately he quit working and started to plan a community snowball fight and Tea Tray sledding competition to be held today.

In a statement from Scotland Yard, Detective Kenton Wells said, “Apparently the idea of the attack is not to kill, but to unleash the dormant desire to give up all responsibility, drink excessively and generally act like a silly twit skipping school to play in the snow. The intention is clear, Al Qaeda wants to reduce our stiff upper lip mentality into sniveling, self-absorbed, childish behavior; therefore, bringing our economy to a screeching halt and making our Island easier to invade.”

Bin Salad Flem, released a second statement after hearing Scotland Yard’s response. He said, “Once the population is reduced to pre-adolescent behavior and we invade the Island, our plan is to take over all businesses, banks, open Islamic schools to indoctrinate the masses and make Kabob stands available where Fish N Chips shops once stood.”

When Smith was asked about this plan he said, “Who cares! I haven’t had this much fun since I was expelled from Abingdon for not wearing my school uniform when I was 15 years old!”

The leader of the Suicide Snow Bombers, who only goes by the name, The Abominable One, has trained his cold-hearted minions to yell just before striking their innocent victims, “Silence! I thrill you!”

Reported by Sir Hook of Warrick