What I'm going to share today is probably old news to most of you -- especially those who love independent film making and music.

Last night, while still fighting the energy zapping effects of a winter cold, I hit the couch, picked up the remote and turned on the TV for an evening of tuning out. What stopped my mindless "channel up" and "channel down" surfing was a documentary on PBS.

What I love about independent film making is that it often introduces us to topics and characters that we would never see otherwise. In this particular case, it was a Stephen Walker film following the Young@Heart Chorus. What is unique about this group is that the average age is over 80. 80! On top of that, this is not your "Golden Age of Vaudeville" act; more like "Golden Years" by David Bowie -- only with an attitude. 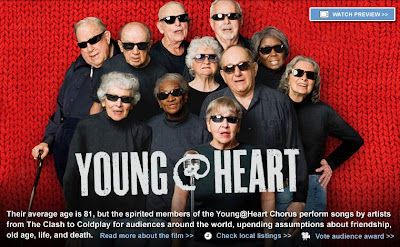 "I found myself acquiring 24 new grandparents," says Walker. "Except they were nothing like any grandparents I’d ever seen before. By the end [of filming], I was almost looking forward to being 80!" 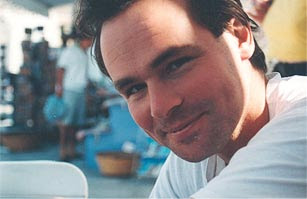 Stephen Walker's bio: He has directed 23 films for the BBC, including Hiroshima: A Day That Shook The World (nominated for three Emmys, including Best Director and Best Cinematography, and winner of an Emmy for Best Music and Sound, as well as a National Geographic Cine Golden Eagle Award) and the critically acclaimed Faking It: Punk to Conductor (winner of the 2003 Montreux Rose d’Or, International Press Prize awards, and a BAFTA). Walker also directed Hardcore, a film about the Los Angeles porn industry (nominated for the Grierson Award for Best Documentary 2001) and Waiting for Harvey. He has also directed dramatic television for BBC TV, including Prisoners in Time, starring John Hurt and winner of the Writer’s Guild of Great Britain Award for Best Television Drama.

Walker has also written two books, most recently Shockwave: Countdown to Hiroshima, which reached the New York Times Bestseller List, and King of Cannes, a riotous account of his two weeks at the famous film festival. He lives in London, England with his wife Sally George and daughter Kitty

The director of Young@Heart is Bob Cilman: 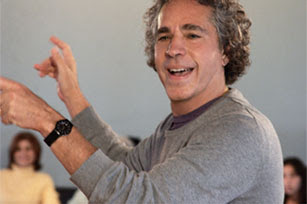 "I was working in the arts with a theater company; I was also a projectionist at a movie theater, and in a band called the Self-Righteous Brothers. I was offered a job running a meal site for the elderly. It came with health insurance so I took it. I had some wonderful older people in my life, so I was intrigued by the job. After a year or so, Judith Sharpe approached me and asked if I could get some people together for a sing-along where she would play the piano. That was how it started in 1982."

Just imagine juxtaposing Seniors average age 80 plus with some pretty out there music and lyrics, including; 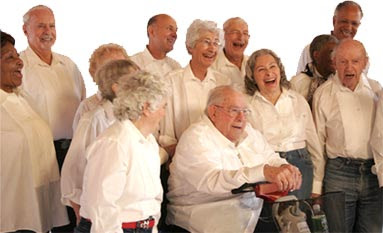 Here is a link to the trailer:

I'll leave you with one other link (you can find dozens on the web and YouTube, including some music videos that were made for the film) that, in my opinion is brilliant. The chorus was loaded on a bus and headed to perform a few songs for young inmates at the Hampshire County Jail and House of Corrections when they were informed that one of their members had died that morning.

I'm not a singer; never have been. And, even though this video tugs at my heart and tries to encourage me to throw out my inhibitions, I probably won't get up and sing a song anytime soon. However, I do believe that I have some "songs" to sing -- a woodworking project, a poem, a random act of kindness...

Here's hoping that our final swan song isn't for many years to come, and, at least in spirit, we stay forever young.