Morkel looks perfectly in synch today, like a recently serviced grandfather clock, just tick-tocking away at the batsmen outside off-stump.

There has been a lot of talk lately about the movie "Avatar" and the invented Na’vi language. Seems that "Avatar" writer-director James Cameron brought in a USC professor named Paul R. Frommer to create an entire functioning language for the tribe of 10-foot-tall blue aliens who inhabit Pandora, the setting for the film's conflict.

Now, fans are working hard to bend their tongues around the invented vocabulary and syntax.

I was reminded of this when Sir Hook sent me a link to the live text commentary from the cricket match between South Africa v England -- 4th Test day three. 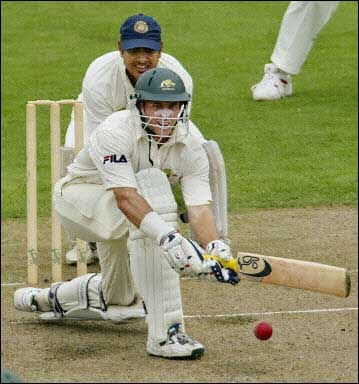 I laughed as it brought back some great memories of the two of us (with our wives off to the side rolling their eyes at us) reading the sports page in London and trying to figure out exactly what Cricket is, how it's played, the rules, and terms. We really got a kick out of the colorful -- though incomprehensible to us -- reporting of the action. Sir Dayvd tried and tried to help us, but what read like a elementary "Dick and Jane" book to him... 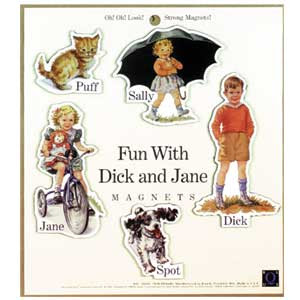 Here are just a few examples (the numbers are GMT Time):

0758: This first session could be key for the entire series - England are teetering on the brink here, they must be hoping Kallis will weigh anchor and play one of those innings of his where he acquires barnacles. Here come Kallis (7) and Amla (73), we'll have play in a couple of minutes.

0802: Sidebottom bowls the first ball of the day - plenty of shape, Kallis right behind it. A short-leg and two slips in for Kallis, it's Cook under the lid. Bit of extra bounce for Sidebottom and Kallis takes his right hand off the handle, and that's a maiden.

0840 - 235-4 Dumniy stands on tippy-toes and crunches Sidebottom through mid-wicket for a couple. That's some super-charged fielding off his own bowling from Sidebottom, preventing a single before flicking the ball towards the non-striker's end while still prone. England full of beans this morning... shouldn't have said that, beans make me feel a little bit sick... and sweetcorn...

0922 - 269-5 New ball, and England take it immediately, Jimmy Anderson with the shiny one in his hand. Just three slips and a gully in for Boucher, as Anderson gets a bit of late away-swing. Sharp single from Boucher courtesy of a drop into the leg-side. Little short from Anderson in that first over.

1438 - 21-1 Trott whips off his legs for four - you have to say there's been a lot of questionable behaviour in this Test, that ball ended up resting on the boundary rope, yet Parnell didn't own up to it. "There'll be eye-gouging on the cricket field next," roars the chap sitting next me, who tends to exaggerate. That's a diabolical stroke from Trott, in any circumstances, a nervy, swordsman's twirl outside off-stump, before he picks up four off the back of his bat, Trott ducking a bouncer but leaving his periscope up. One for Trott with a deflection to third-man, before the crowd get on Strauss's back as he goes for a gentle spot of gardening.

1508 - 31-2 A watery, Turner-esque sunlight over the ground now, and we've got shadows for the first time in some time.

1523 - 44-2 That's a horrible delivery from Strauss - the ball reared up off just short of a length and struck the England captain on the bat handle, like opening a letter bomb.

1600: That's all for the day, it's officially stumps. Thanks for the chat, join us again tomorrow...

For the complete play-by-play transcript: http://news.bbc.co.uk/sport2/hi/cricket/8461521.stm

Oh, and if you really want to learn the Na’vi language, you might want to check out one of the dozens of on-line "courses." Here's one that will have you speaking fluent Na’vi language in just a few months: http://www.fluentin3months.com/navi-for-your-avatar/

Sir Bowie "Sure, I can learn to speak a complex, made-up language in just months; however, I'm convinced speaking Cricket is next to impossible" of Greenbriar
Posted by dkWells