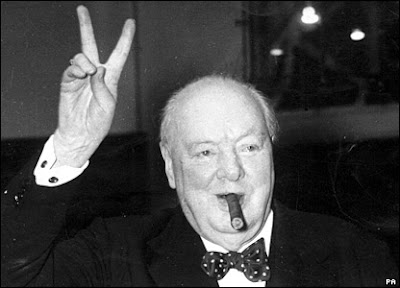 Break out the Romeo y Julieta cigars and join Sir Winston Churchill in celebrating Victory yesterday...KMSA's official Feast of Sir Winston...and the Indianapolis Colts victory over the upstart New York Jets for the AFC Championship.
The Colts personify some of Sir Winston's quotes:
"I have nothing to offer but blood, toil, tears and sweat."
"Courage is going from failure to failure with losing enthusiasm."
"Success is not final, failure is not fatal: it is the courage to continue that counts."
"It is a mistake to look too far ahead. Only one link in the chain of destiny can be handled at a time."
"Difficulties mastered are opportunities won."
"It's not enough that we do our best; sometimes we have to do what's required."
"I never worry about action, only inaction."
"Courage is the finest of human qualities because it guarantees all the others."
"Never, never, never give up." 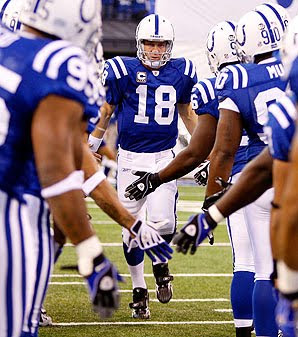 Indeed, this was their fines hour! Peyton Manning with the patience and courage that is required in battle, slowly and methodically took out the much touted Jets defense to once again prove the critics wrong. He indeed was able to master difficulties and turn them into opportunities to win! 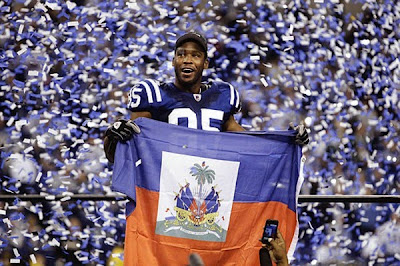 One of his weapons of choice was Pierre Garcon, a Haitian-American, who used the negative energy of the catastrophe in his homeland as inspiration to play his best. Pierre set an AFC Championship record with 11 (hard earned and impressive) catches and scored one of the touchdowns.
Pierre has brought much attention to the needs of the Haitian people and will use the power of the Super Bowl to continue to help his people. (A side note: we learned yesterday at Mass that our Sister Parish of Grand Basin was unharmed and that our adopted school daughter, Elirose and her family have survived!) 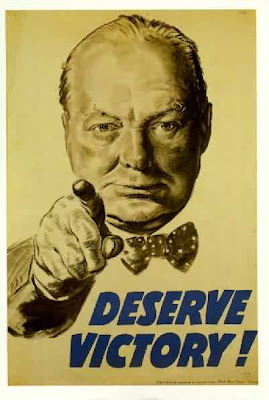 So, take to heart the examples that Sir Winston, Peyton Manning and Pierre Garcon personified on Sir Winston Day...and remember that YOU DESERVE VICTORY!
Sir Hook the Victorious of Warrick
Posted by dkWells