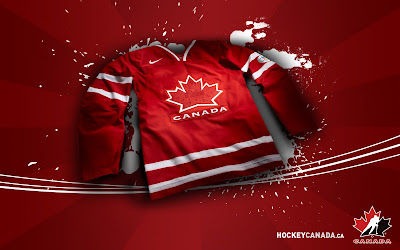 While Lady Suzanne and I listened to traditional Irish drinking and folks songs played by a group which included my brother-in-law, millions of you were watching TV.

Lady Suzanne and I went to the local "Irish Pub" (RiRa's) in Evansville Sunday to listen to music, eat lunch, and enjoy a couple of Guinness drafts.

So, what was so interesting on TV? Sunday's Men's Gold Medal hockey game drew the most U.S. hockey viewers in 30 years - drawing an average viewership of 27.6 million and getting a 15.2 rating. Not since the final of the Americans' 1980 Miracle On Ice run — when the United States secured gold against Finland after shocking Russia in the semifinal round — had so many viewed a hockey game on American television (that game lured 32.8 million).

And, according to ESPN.com, Sunday's game was carried in Canada on nine national networks and in eight languages and was the most-watched TV broadcast in the country's history. ESPN.com reported about 80 percent of Canada's population, or 26.5 million people, watched at least part of the game.

One viewer who thirstily watch the game was President Barack Obama. 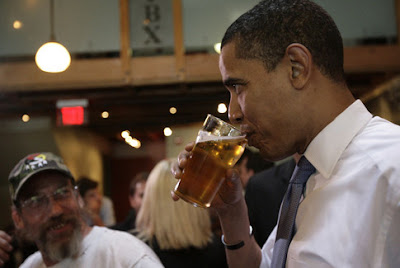 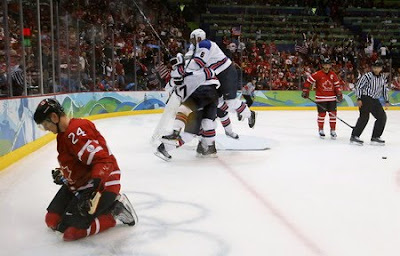 U.S.A., there's a tear in your eye,
And I'm wondering why,
For it never should be there at all.
With a team such as ours
Full of such Hockey stars
There's never a teardrop should fall.

For your smile (even a toothless hockey smile) is a part
Of the love in your heart,
And it makes even sunshine more bright.
Like the linnet's sweet song,
Crooning all the day long,
Comes your laughter and light.
For the springtime of life
Is the sweetest of all
There is ne'er a real care or regret;
And while springtime is ours
Throughout all of youth's hours,
Let us smile each chance we get -- even a hockey smile with half the teeth gone!