We all know what today is...

Yes, we all know what today is, don't we?

I certainly don't need to write a post to state the obvious, but here goes. I want to wish you all a very special Extraterrestrial Abductions Day (which, of course, always lands on March 20th).

According to tradition, this is the day we keep one eye on the sky and be ready to duck, dodge, and to hide. Yes, UFO's may be everywhere, looking to abduct humans.

You can celebrate today by reading and watching science fiction stories about UFOs and Extraterrestrials. Or, we all know that one sure way to be abducted is to pile into your pick-up truck loaded with really cheap, warm beer and head to the back roads of America's South. Good luck. 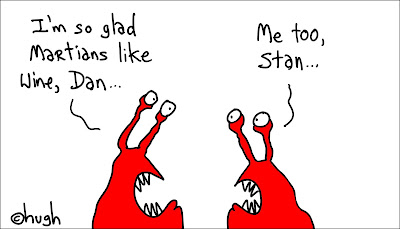 From Hugh MacLeod's collection at gapingvoid.com

International Earth Day was initiated to make earth inhabitants aware of their responsibility to care for the planet. This care includes environmental and natural resources. International Earth Day was founded by John McConnell, of Davis City, Iowa. In September, 1969, he proposed the establishment of Earth Day to the San Francisco, California Board of Supervisors. After approval, he gained support from many others, including then UN General Secretary, U Thant.

So, in addition to Extraterrestrial Abductions Day, March 20, 2010, is also special because it's the vernal equinox in the Northern Hemisphere

What Happens at the Equinox?

At precisely 1:32 P.M. EDT (March 20, 17:32 Universal Time), the Sun will cross directly over the Earth's equator. This moment is known as the vernal equinox in the Northern Hemisphere. For the Southern Hemisphere, this is the moment of the autumnal equinox.

Modern astronomy aside, people have recognized the vernal equinox for thousands of years. There is no shortage of rituals and traditions surrounding the coming of spring. Many early peoples celebrated for:
* their food supplies would soon be restored.
* The date is significant in Christianity because Easter always falls on the first Sunday after the first full moon after the vernal equinox.
* It is also probably no coincidence that early Egyptians built the Great Sphinx so that it points directly toward the rising Sun on the day of the vernal equinox.
* Stonehenge becomes especially crowded this day. 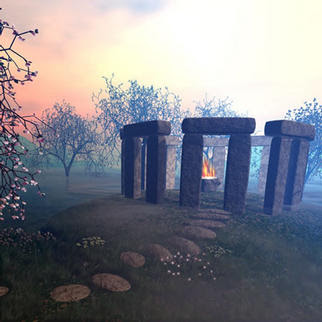 Oh, if you're interested in building your own Stonehenge, go to:

Finally, if you're looking for an event to go to in the States, head to Kinnickinnic, Milwaukee, WI for the 21ST BLESSING OF THE BOCK.

DETAILS: Hosted by "Suds, Wine & Spirits" newspaper, this is a "Bock-only" Brew fest. Hey Folks, it's time to "Get Blessed," Preserving an Eastern European Tradition

MUSIC: Featuring live Polka music by the Squeezettes & The Brewhaus Polka Kings (I kid you not).

I'll conclude this little rant with an invitation to find your favorite Spring Beer,

head outside to enjoy the vernal equinox, and keep a lookout for E.T.s. Oh, and if you are abducted, please take copious notes so you can post about your trip!

Sir Bowie of "who the... what the... where the hell did you come from... get your suction cup digits off of me... Like hell you're going to stick that up..." formerly of Greenbriar
Posted by dkWells