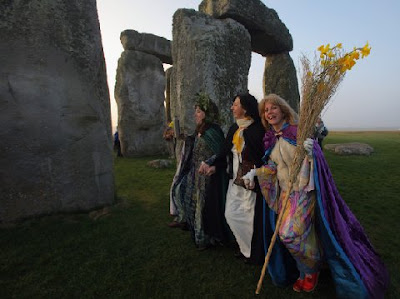 I don't think i know anyone who doesn't like Spring...and all the sudden explosion of color and warmth after so many torrid cold months. Its what makes us so rounded in personality in the northern hemisphere,

So with all this chat yesterday of "vernal" this and "Cookout" that...making me starving hungry.... ( especially after last night's Rock Bacchannalia in the city, and consuming almost a gallon of Pear Cider and Poachers Ale)...

...........I bring you a web-blog about Historic Gastronomy, especially the period of 18th and 19th Century American Cooking

It is written by a New York Artist called Sarah Lohan; who says

“I don’t know why old recipes are so evocative, since many of the ingredients are unknown to me or difficult to get, the processes laborious beyond belief, and the results, quite honestly, often nothing I’d want to eat. But they read like a poetry of lost specifics, in which you learn old words and ways to boil, bone, braise, devil, hash, jelly, pot, roast, sauce, steam, stew, and stuff…” (The Education of Oronte Churm)

Why bother deciphering a recipe over 150 years old?

You can take a collection of words and measurements written long ago, and turn it into a physical object. You can create something that looks, smells, and tastes just like it did hundreds of years in the past. And that’s the next best thing to time travel: it lets you understand a little bit about another way of life.


I don't think i'm going to find too much bear meat in the UK, and turtles arent that thick on the ground either.. We do have farmed Wild Boar tho....so that is going on the menu.

I love some of the drinks and Cocktail recipes tho and i hope you join me in trying a few out and raising an ancient toast....to a period of time that has made happy the hearts of Men for as long as Man has been around. .

And to finish...i see that Lady Suuuuuzanne...is making her Grandma's Mac and Cheese... and the blog, maybe even has her grandma's recipe on it......!!!

Certainly it is an American Classic, and here is Sarah's description of how they made it way back when...... 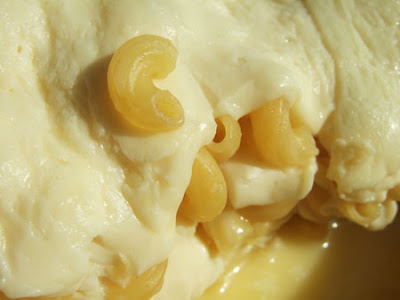 Macaroni and Cheese is largely thought of as a modern dish, thanks to the “Kraft Dinner,” introduced in 1937 and used as rations during WWII. But good ‘ol Mac n’ Cheese has a much longer history. In fact, I’ve already cooked up two different versions of this classic dish on this blog: a simple, 19th century version I ate during the Tenement Diet, and a more decadent recipe using neufchatel cheese during the Kellogg Diet.

Macaroni was possibly invented by the Romans, and was served with cheese sometime in the Medieval era (source). The first documented occasion on which Macaroni and Cheese was served in America was at the White House in 1802, during Jefferson’s presidency. A guest at one of Jefferson’s dinner parties recounts his first experience with the dish (source):

“…A pie called macaroni, which appeared to be a rich crust filled with onions or shallots, which I took it to be, tasted very strong, and not very agreeable. Mr. Lewis told me there was none in it; it was an Italian dish, and what appeared like onions were made of flour and butter, with particularly strong liquor mixed in them.”

The earliest known American recipe for macaroni and cheese appears in The Virginia Housewife, first published in 1824. This is the recipe that we shall attempt today.

It seemed decadent to boil the macaroni in milk, but I gave it a whirl to stay true to the recipe. While the pasta was cooking, it smelled sweet like a rice pudding; however, upon tasting it, I could discern no noticeable difference. I think that this step could be left out, if you desire.

I used a Queso Blanco, an un-anged, simply made Mexican cheese. I choose it for it’s similarity to farmer’s cheese, and other fresh cheeses used in the 19th c.

***
Macaroni and Cheese
from The Virginia Housewife: or, Methodical Cook By Mary Randolph, 1838 ed.
1/2 lb macaroni
1 quart whole milk
12 oz sliced farmer’s cheese, queso blanco, or queso fresco
1 stick unsalted butter
1. Preheat oven to 350 degrees. Bring one quart milk and an equal amount of water to a rolling boil. Add macaroni and cook, uncovered, until al dente, about 6 1/2 minutes.
2. Drain in a colander. While still in the colander, sprinkle pasta with about a 1/2 tsp salt, shake to combine, then sprinkle with about 1/2 tsp more (or to taste).
3. Our about 1/3 of the pasta into a casserole or baking dish. Cover with 1/3 of the cheese and butter. Repeat, ending with a layer of cheese and butter on top.
4. Bake uncovered for 25-30 minutes, or until cheese is melted and bubbly.


Sir D ( who is now as you read...is crashing about the kitchen rattling those pots and pans ) of O
Posted by dkWells