The Cook with Beer Challenge Update

On September 7, I challenged myself to a Julie & Julia-like challenge. In my case: 78 recipes cooking with beer in 116 days.

My intention was to start the following day; however, one nagging “you’ll never finish it” thought after another prompted me to pick a couple of recipes from BeerCook.com, hit the store, and COOK WITH BEER.

Even though it was already late in the day, I seasoned a couple of good-sized whole chickens, stuffed a can of beer of each birds arse, fired up the Big Green Egg (my ceramic smoker grill), and smoked them using beer soaked hickory chips (recipe 1 of 78). 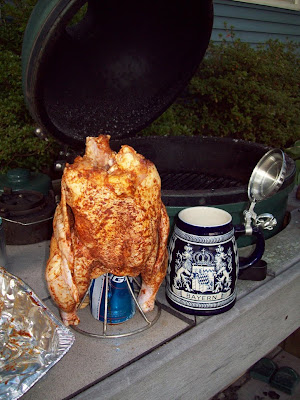 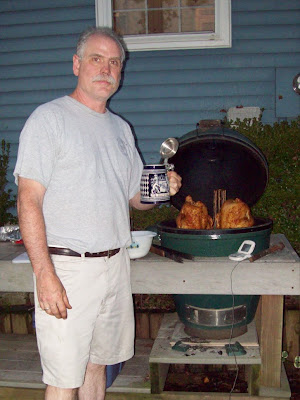 As the birds were being smoked (yes, they are hard to keep lit), I coated some mushrooms and cauliflower in a beer fritter batter and deep fried them in peanut oil (recipe 2 of 78). This is actually a recipe from the classic American cookbook first published in 1896, The Fanny Farmer Cookbook (I bet that Lucy of BeerCook.com won't mind). 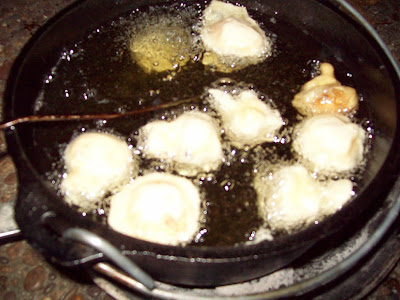 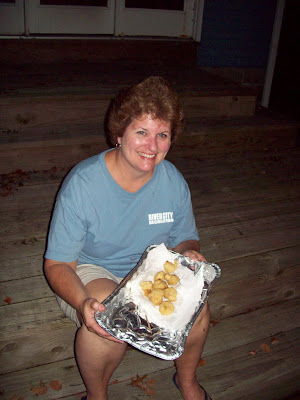 Lady Suzanne with a lap full of light, sweet and beery, delectable goodness

It was about that time that I thought to return a call/message from Sir James of Taylor who had called and left a message earlier in the day:

Sir James: What are you doing?
Sir Bowie: Oh, just smoking some chickens and deep frying some vegetables for a starter. Have you eaten?

Sir James and his wife Wendy were over faster than a pint of ale past my gums on a warm summer’s eve!

It turned out to be perfect timing as the chickens had reached their cooked -- still moist and succulent thanks to the beer -- state of juicy perfection. 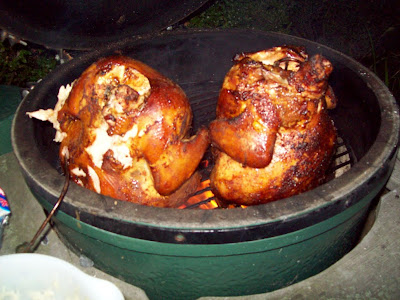 A toast to our newest Knight: Lady Gwendoline of Kensington at the Kuhn Diner! 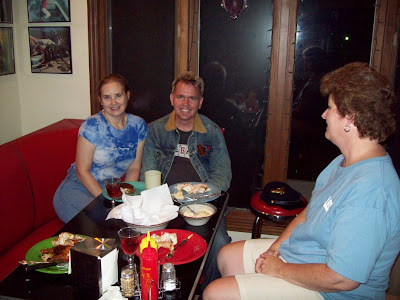 For dessert I presented one more deep fried dish: Beer Batter Bananas sprinkled with cinnamon and sugar and then drizzled with chocolate sauce. 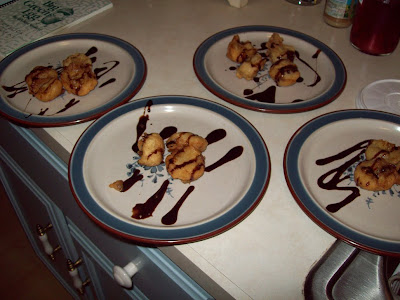 All and all, a meal fit for a king – at least a few Knights.

So, there you have it, recipes 1 and 2 (I guess I could count the bananas as a third, but I don’t want to claim to be more gluttonous than I already am).

The next two questions: How to cook leftover chicken… with beer?

And what strong ale compliments the wild ambrosial of grilled feline? 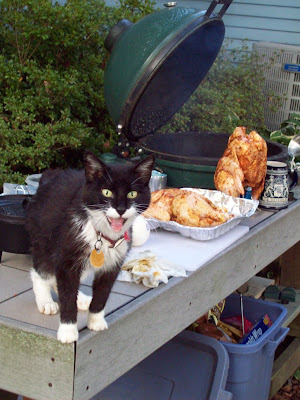 Another blog for another day.


I hope Lucy Saunders of BeerCook.com will be proud of me.