I hesitated to do something that probably 99.9% of blogs will do on this 09/09/09; however, I received an email from Sir Dayvd of Oxfordshire bragging that he has already celebrated to the second 09/09/09 at 09:09:09 this morning UK time.
I was enjoying a massage precisely at 09:09:09 this morning. What were you doing during that momentous second?
After showering and heading down to the home office to check email, I get an email from Sir Richard of Windsor connecting me to a story about 09/09/09. Of course, it is also his 10th anniversary today...CONGRATULATIONS! The only thing that could have made it more perfect was if it was his 9th! Then...Sir Bowie couldn't get his blog about cooking with beer loaded properly...so the signs from the cosmos where pointing their fingers at me....

Every time I think of number 9...The Beatles White Album comes to mind (by the way the new digital remixes are AWESOME! Bought the set yesterday at WallyMart) with the song "Revolution Number 9"....#9 #9 #9 turn me on dead man...... 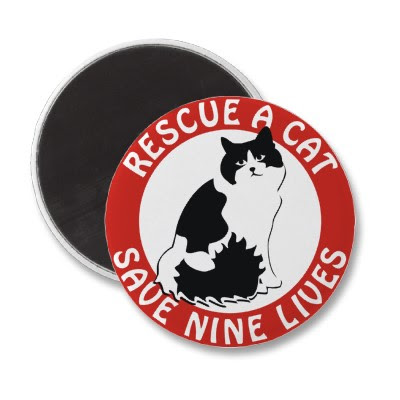 Have special plans this 09/09/09?
Everyone from brides and grooms to movie studio execs are celebrating the upcoming calendrical anomaly in their own way. In Florida, at least one county clerk's office is offering a one-day wedding special for $99.99. The rarity of this Sept. 9 hasn't been lost on the creators of the iPod, who have moved their traditional Tuesday release day to Wednesday to take advantage of the special date. Focus Features is releasing their new film "9," an animated tale about the apocalypse, on the 9th. Not only does the date look good in marketing promotions, but it also represents the last set of repeating, single-digit dates that we'll see for almost a century (until January 1, 2101), or a millennium (mark your calendars for January 1, 3001), depending on how you want to count it. Though technically there's nothing special about the symmetrical date, some concerned with the history and meaning of numbers ascribe powerful significance to 09/09/09.

For cultures in which the number nine is lucky, Sept. 9 is anticipated - while others might see the date as an ominous warning.

Math magicModern numerologists - who operate outside the realm of real science - believe that mystical significance or vibrations can be assigned to each numeral one through nine, and different combinations of the digits produce tangible results in life depending on their application. As the final numeral, the number nine holds special rank. It is associated with forgiveness, compassion and success on the positive side as well as arrogance and self-righteousness on the negative, according to numerologists.Though usually discredited as bogus, numerologists do have a famous predecessor to look to. Pythagoras, the Greek mathematician and father of the famous theorem, is also credited with popularizing numerology in ancient times. "Pythagoras most of all seems to have honored and advanced the study concerned with numbers, having taken it away from the use of merchants and likening all things to numbers," wrote Aristoxenus, an ancient Greek historian, in the 4th century B.C.

As part of his obsession with numbers both mathematically and divine, and like many mathematicians before and since, Pythagoras noted that nine in particular had many unique properties.

Loving 9Both China and Japan have strong feelings about the number nine. Those feelings just happen to be on opposite ends of the spectrum.

The Chinese pulled out all the stops to celebrate their lucky number eight during last year's Summer Olympics, ringing the games in at 8 p.m. on 08/08/08. What many might not realize is that nine comes in second on their list of auspicious digits and is associated with long life, due to how similar its pronunciation is to the local word for long-lasting (eight sounds like wealth). Historically, ancient Chinese emperors associated themselves closely with the number nine, which appeared prominently in architecture and royal dress, often in the form of nine fearsome dragons. The imperial dynasties were so convinced of the power of the number nine that the palace complex at Beijing's Forbidden City is rumored to have been built with 9,999 rooms. Japanese emperors would have never worn a robe with nine dragons, however.In Japanese, the word for nine is a homophone for the word for suffering, so the number is considered highly unlucky - second only to four, which sounds like death. Many Japanese will go so far as to avoid room numbers including nine at hotels or hospitals, if the building planners haven't already eliminated them altogether.
Sir Hook the Copy Cat with 9 Lives of Warrick
Posted by dkWells