Should UK Pubs See The Light?

I thought I'd post a couple of beer stories that I tapped today that are like night and day (or light and dark) .

One: Chicago-based MillerCoors is trying to prove that its new brew -- sort of a diet beer -- is no fad, and so far its sales momentum continues to increase. The company's MGD 64, which has just 64 calories, has been one of the biggest success stories in the beer world over the past year. 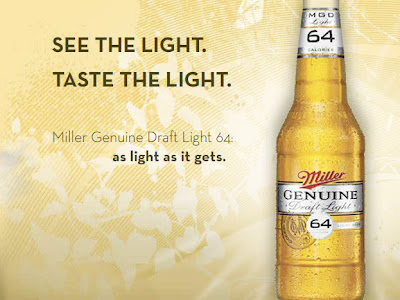 Not to be outdone (underdone?), Anheuser-Busch has taken notice and launched Select 55 -- a 55-calorie brew that it touts as the world's lowest-calorie beer.

(Yes, I can hear Sir Dayvd and his UK friends laughing, “Mouthwash!”)

While MGD 64 had wracked up $100 million in sales, its Miller Lite sales fell 5.7 percent. Experts think that Lite's problems are manifold. The sour economy has hurt it more than some other beers because it's more reliant on restaurant and bar sales than the retail grocery channel. A price hike last year hit Lite hard, and some beer industry / advertising watchers say Lite's marketing message is muddled and weak at best.

So, what will be the cause and effect of AB’s 55 Select? Anheuser-Busch still has a nearly 50 percent share of the nation's beer market, compared with about 30 percent for MillerCoors. Obviously, that size advantage gives Anheuser-Busch more marketing and distribution heft. Time will tell which brands will go flat.

The second story that whet my curiosity is one that’s been going on for some time (and one that Sir Dayvd will better be able to report):

PUBS are bearing the brunt of "crippling" high beer prices and are struggling to survive, the Federation of Small Business has warned. Recent figures from the Campaign for Real Ale show 39 pubs across the UK are closing each week due to economic pressures. 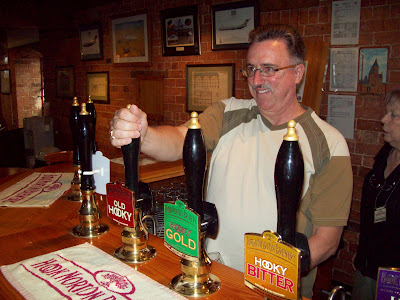 In an article I read: David Shephard, Devon policy chairman of the FSB, said rural areas. He said: "Tenanted pubs are being cripples by high beer prices.

"Pubs are the centre of community life. Whether you visit them or not, they are the 'speaker's corner' of Britain” (I like that, "speaker's corner").

So, I guess my question is: Would UK pubs be better off selling American 64 or 55 calorie diet beer?