Bonfire of the Vanities 2009

There are two constant rules in life: 1) The only constant thing is change. 2) The more things change, the more they stay the same. Basically, like Gerbils on their wired wheel of fortune, we humans keep running around in circles until we exhaust ourselves, and each other, and find ourselves right back where we started. 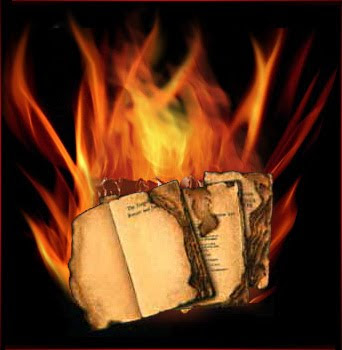 Take for example....book burning. It's a well documented (if it survived the fire) fact that when narrow minds can't think of a better way to spread their narrow views...they burn books so that their view is the only one left. In theory it works, in real life it's always a dismal failure. I know all too well. At the age of 17, after my mother's death, I became a lunatic disciple and burned all my vinyl records. Today, I have paid for that mortal sin many times over by downloading them on iTunes for 99 cents each! 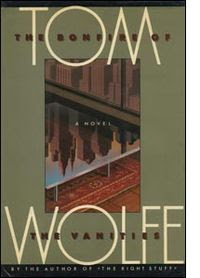 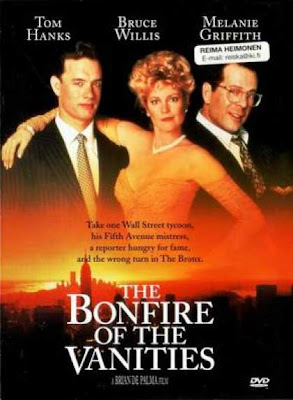 Bonfire of the Vanities was a book written in 1987 by Tom Wolfe, which became a classic novel turned screen play for a 1990 movie starring Tom Hanks, Bruce Willis and Melanie Griffith. The story is a drama about ambition, racism, social class, politics, and greed in 1980s New York City. (Gee, sound familiar as the Gerbil wheel spins?) The title is a reference to a historical event, the Bonfire of the Vanities, which took place in 1497, in Florence, Italy, when the city was under the rule of the Dominican priest Girolamo Savonarola. 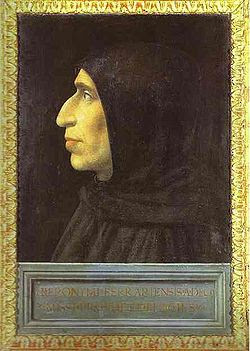 Now, ole' Girolamo, who would have made an outstanding Taliban leader, was so upset about the "corruption" (read, thoughts not in line with his thinking) surrounding him that he decided to burn books, pictures and any thing that didn't resemble his narrow view to save mankind.
Fast forward to 2009 and today's version of Girolamo, Pastor Mark Grizzard of Amazing Grace Baptist Church in Canton, North Carolina. Grizzard is setting his flock of 14 loose cannons to accomplish the Grizzly task of burning modern versions of the Bible, and books by Christian authors James Warren and Billy Graham on Halloween to quote, "Light a fire under true believers!"
You see, in Pastor Mark's narrow mind, any thing other than the King James version of the Bible is being influenced by "satanic" forces. Well, perhaps if Pastor Mark had finished 2nd grade, he would have been taught that all versions of the Bible where translated from the original Greek and Hebrew transcripts available at the time. The King James version of the Bible was translated to bring the Bible to the masses in their own tongue at the time, instead of in Latin. So, if Pastor Mark was alive during King James reign he would have burned what he now believes is the depository of sole truth. Finally, historically King James was hardly a contemporary of Jesus Christ, Paul, Mark, Luke, John or Moses.
Tom Wolfe attributed the story he wrote to the Old Testament book of Ecclesiastes and its theme of all is vanity. He wrote in 1968, “For of all I have ever seen or learned, this book [Ecclesiastes] seems to me the noblest, the wisest, and the most powerful expression of man’s life upon this earth – and also the highest flower of poetry, eloquence, and truth. I am not given to dogmatic judgments in the matter of literary creation, but if I had to make one I could say that Ecclesiastes is the greatest single piece of writing I have ever known, and the wisdom expressed in it the most lasting and profound.”
Let's hope he read the King James version! LOL!
Sir Hook the Expanded Mind of Warrick
Posted by dkWells